Slowing growth at cloud infrastructure software innovator Nutanix (NASDAQ:NTNX) was coupled with rising losses in the company's fiscal third quarter of 2019, as shown in the company's May 30 earnings release. Nutanix had disclosed sales execution issues last quarter; nonetheless, investors still seemed surprised by a curbed top line and a tepid outlook for the final quarter of the fiscal year.

Let's review the highlights of the last three months and discuss the factors behind Nutanix's revenue compression. Note that all comparative numbers in the following discussion refer to the prior-year quarter. 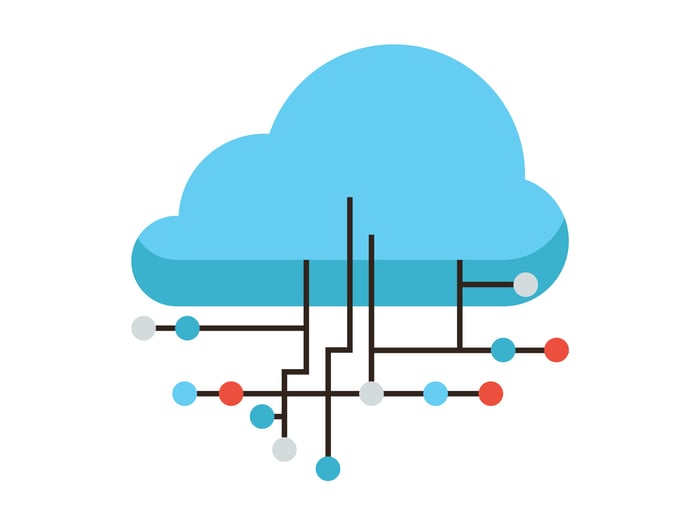 As the company explained last quarter, a deficiency in spending on sales lead generation and execution missteps in its sales pipeline is part of the issue Nutanix is experiencing in a faltering top line. The immediate solution is to allocate more dollars to lead generation, while hiring additional sales personnel. This initiative is one of the reasons sales and marketing expense rose so significantly this quarter. During the company's earnings conference call, CEO Dheeraj Pandey updated investors on the condition of its sales pipeline:

During Q3, we executed well on the strong plan to ramp lead generation and thus improved sales execution. As we noted in both our Q2 earnings call and at our Investor Day in March, we continue to believe our actions to address this will drive improved business into FY '20 as these changes take a couple of quarters to show results. We will be watchful and conservative in the near term as we give New Americas sales leadership time to effect change as we understand the top line impact of even higher subscription.

Management also discussed another revenue headwind during the call. CFO Duston Williams explained that after reaching scale in its subscription revenue stream, Nutanix is in a better position to analyze differences between the older sales model, in which length of licenses were tied to life-of-device estimates, and the current model, in which subscription lengths are based on cores and flash capacity.

The current model appears to produce shorter license lengths on average, creating an initial negative revenue differential of 5% to 10% against the former model. However, under the subscription model, the company can count on a high probability of license renewal, so over time, the difference will work itself out. Still, the differential is creating near-term revenue compression as the company completes its transition to selling subscription licenses.