Value isn't so easy to find in today's market.

With the bull run stretching into its 11th year, the stock market touching all-time highs, and the Federal Reserve cutting interest rates (which further inflates stocks), the last decade has been much kinder to growth investors than to value seekers.

However, that doesn't mean there aren't bargains to be had in this market. If you're looking for a few good value stocks, keep reading to see why Children's Place (NASDAQ:PLCE), Nutanix (NASDAQ:NTNX), and Stitch Fix (NASDAQ:SFIX) all fit the bill. 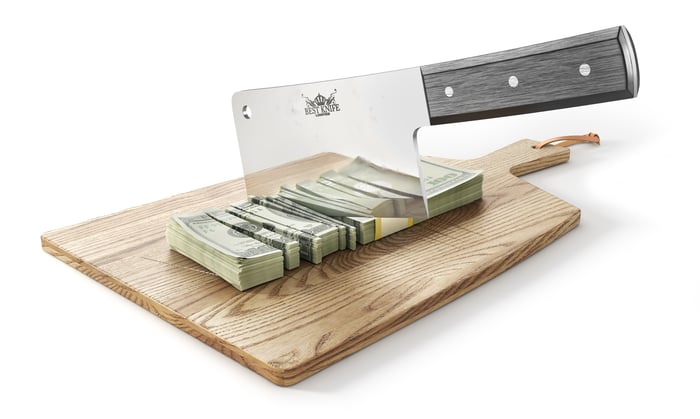 Children's Place, the leading pure-play retailer of specialty children's apparel, is trading near multiyear lows heading into its crucial third-quarter earnings report on Dec. 11. The stock struggled as the bankruptcy and liquidation of its chief rival, Gymboree, weighed on its performance in the first half of the year because liquidation sales at Gymboree drove traffic away from Children's Place locations. However, that process has come to an end just in time for the company's third quarter -- which, because it encompasses the back-to-school shopping season, is its biggest time of year.

Analysts are expecting a slight decline in earnings growth for the quarter, but there's a good chance that Children's Place will beat that mark and get back to its usual winning ways now that the Gymboree headwinds are out of the way. Before that event, Children's Place had been one of the best-performing retail stocks on the market. The company has put up steady comparable sales growth, built a thriving online business, gradually rationalized its store count, and returned cash to shareholders.

If earnings return to their earlier peak, the stock would be trading at a P/E ratio of less than 10 today, a steal for a healthy retailer that has hit a temporary speed bump. Additionally, Children's Place acquired Gymboree's intellectual property and is planning to relaunch the brand early next year, giving it another revenue stream. Keep an eye on its earnings report, because the stock could surge if its numbers impress.

Nutanix has had a roller-coaster year. The stock plunged earlier this year as its transition from a hardware seller to a subscription software seller hit some obstacles: The company didn't grow its sales force sufficiently and was forced to cut guidance. However, since August, the stock has been on the comeback trail, essentially doubling from its lows over the summer on two strong earnings reports.

Even with the recent gains, Nutanix still looks like a value play. The stock is significantly cheaper than many of its cloud-computing peers, trading at a price-to-sales ratio of less than 4, while other cloud companies trade above 20, but it seems to offer similar growth potential. Though revenue growth is flat right now, that is due to the transition from its legacy hardware and software licensing business to the subscription model.

Next year, analysts forecast revenue growth of 28%. The company has demonstrated the stickiness of its product, boasting a 97% retention rate as of its most recent quarter. That's a sign of high customer satisfaction as well as high switching costs, creating a competitive advantage. The company was also recognized as a leader in its niche, hyper convergence, by Forrester and Gartner, showing it has a commanding position in its subsector.

The stock would nearly double just by returning to its peak from last year of around $60 per share. If it can achieve the kind of multiple that other SaaS stocks have, shares could climb even further.

Like Nutanix, Stitch Fix has fallen in and out of favor with investors. Currently, the customized styling service is trading for less than half of its all-time high.

Stitch Fix is popular among short-sellers, and the market seems skeptical that it can grow over the long term and survive challenges from e-commerce giants like Amazon. However, Stitch Fix is beginning to show the power of its data science approach with new offerings like Shop Your Looks and Shop Your Colors that give customers a highly curated selection of clothing based on their previous purchases. By doing this, Stitch Fix eliminates much of the hassle of clothes shopping, building on its original value proposition.

The company envisions growing sales by 20% to 25% over the long term and has executed on that goal so far. The company is profitable, and on a price-to-sales basis, it's cheaper than many of its e-commerce peers -- though given its unique model, the stock has no perfect comparison. The company is set to report first-quarter earnings after hours on Monday. The fall is a seasonally strong period for the company, and it recently launched in the U.K., which could give it a boost. Shares are usually volatile post-earnings, and a solid report should lift the stock.

Even if skepticism remains, Stitch Fix should win converts over the longer term by leading this retail apparel disruption and changing the way people shop for clothes.