This quarterly beat was exactly what investors in the computer-vision chip leader wanted to see.

Ambarella (AMBA 7.35%) announced fiscal second-quarter 2020 results on Thursday after the market closed, showcasing its efforts to return to sustained, profitable growth with the help of its newest computer-vision (CV) chip technology. While the video processing chip leader continued to endure top-line declines given volatility in its consumer electronics market vertical, the gravity of that drop moderated significantly, helping Ambarella absolutely smash earnings estimates in the process.

With shares up 19% in after-hours trading as of this writing, let's hone our focus for a closer look at what Ambarella accomplished over the past few months. 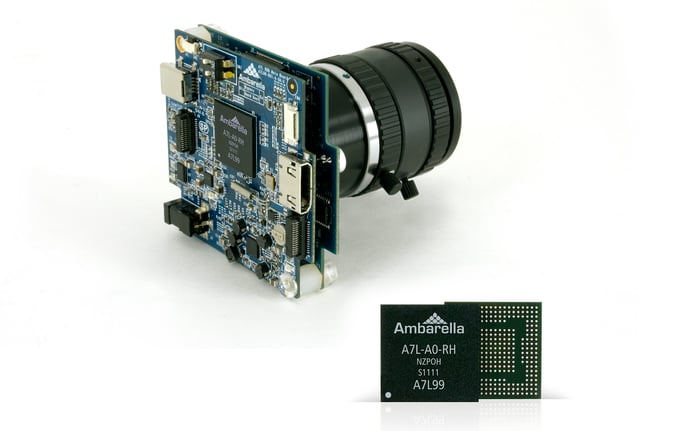 Our confidence in our fiscal year 2020 outlook has increased, despite the geopolitical uncertainty. Most importantly, we continue to demonstrate strong progress on our strategy to transform from a pure video processing company to an artificial intelligence ('AI') video company.  During the second quarter, we commenced mass production CV system-on-a-chip ('SoC') shipments into the automotive market and CV25 became our second CV SoC to generate mass production revenue. We continue to have strong confidence in the three waves of CV revenue we have previously described.

Three months ago, Ambarella management offered the caveat that "forecasting is difficult in the current environment," but reiterated its expectation that revenue in the second half of this fiscal year would increase relative to the first half.

But more specifically now, Ambarella told investors during this quarter's call that it expects fiscal third-quarter revenue of between $63 million and $67 million -- well above the $55.4 million most analysts were modeling -- with adjusted gross margin arriving between 56% and 58%.

In the end, coupling that guidance with Ambarella's relative outperformance in the second quarter gave bullish investors more than enough reason to aggressively bid up the stock. And if Ambarella can indeed sustain that momentum through the rest of the year as management hopes, I suspect patient investors are poised to enjoy even more significant gains going forward.