Most pot stocks performed poorly last month, but not these three highfliers.

August was a dismal month for most marijuana stocks. More than half a dozen pot stocks with market caps greater than $200 million plunged 20% or more during the last month. Several others fell by double-digit percentages.

But there were a few exceptions to the August carnage. Three marijuana stocks performed really well last month: 22nd Century Group (XXII), Aphria (APHA), and The Green Organic Dutchman (TGOD.F -2.04%). Here's what drove these pot stocks higher and whether or not they're good picks to buy now. 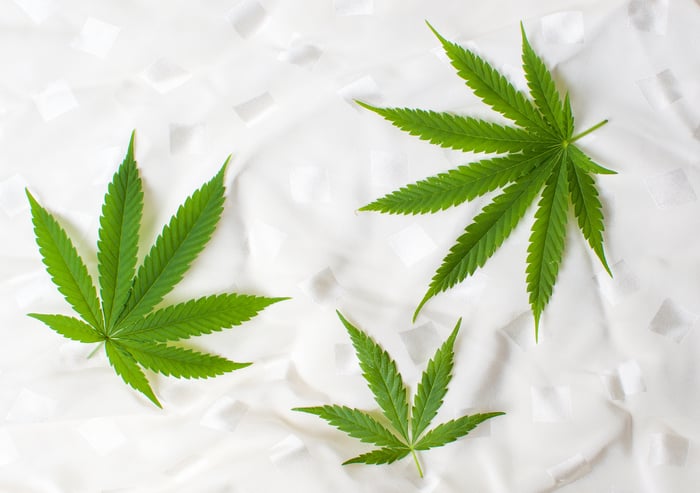 22nd Century Group primarily focuses on lowering nicotine levels in tobacco plants. However, the company's hemp and cannabis research land it a place among marijuana stocks. And its stock skyrocketed 46% higher in August, making 22nd Century Group the biggest cannabis winner for the month.

The company reported two major developments over the last four weeks. On Aug. 5, 22nd Century Group named Cliff Fleet as its new CEO. Fleet previously served as president and CEO of Altria subsidiary Philip Morris USA from 2013 to 2017. He's also been a strategic advisor with 22nd Century Group since December 2018. Hiring a veteran of the tobacco industry was a good move for the small plant biotechnology company.

22nd Century Group also announced its second-quarter financial results after the market closed on Aug. 7 and held its quarterly conference call the following day. Those Q2 results were ugly, with the company's revenue falling 16% year over year and its bottom line deteriorating. However, Fleet stated that 22nd Century Group was pivoting to focus more on the hemp and cannabis markets, a move that was cheered by investors.

Aphria's shares soared 21% in August. There's no question about the catalyst for the stock: Aphria reported great fiscal 2019 fourth-quarter results to start off the month.

The biggest news for Aphria was its surprise profit of 15.8 million Canadian dollars. Unlike some cases where Canadian cannabis producers announce a profit, Aphria didn't need a one-time adjustment or special item to operate in the black. However, the company did get a huge boost from the acquisition earlier this year of German medical cannabis and pharmaceutical distributor CC Pharma.

Aphria also announced on Aug. 23 that it had filed a preliminary short form base shelf prospectus with all Canadian provinces except Quebec and a corresponding shelf registration statement with the U.S. Securities and Exchange Commission (SEC). These filings met one of Aphria's contractual obligations associated with its April issuance of convertible senior notes. The company also said that the filings provide it with "the flexibility to allow an institutional investor or a strategic partner to invest in its business."

First, TGOD, as The Green Organic Dutchman is also known, announced on Aug. 7 that it had filed to list its shares on the Nasdaq stock exchange. This move should increase the company's visibility with U.S. investors. Several other Canadian cannabis stocks have enjoyed bumps after listing on major U.S. stock exchanges.

I think 22nd Century Group's hiring of Cliff Fleet and its greater focus on the hemp/cannabis opportunity are positive developments. However, it's too early to know how well the company will perform. My view is to stay on the sidelines with the stock at this point.

The Green Organic Dutchman appears to be in better shape than it's been in a while. I like TGOD's move to list its shares on Nasdaq. I also expect its sales to soar over the next year with the company's higher production capacity. What I'd prefer to see before jumping aboard the TGOD train, though, is a clear path to profitability.

That leaves Aphria, which is already profitable. I like the steady hand that Chairman and interim CEO Irwin Simon has provided Aphria. I also think the company's prospects of landing a big partner outside the cannabis industry look pretty good. Investing in marijuana stocks continues to be a volatile proposition, but my view is that Aphria's long-term future is bright. Of the three top pot stocks in August, I think that Aphria is the best pick.