Lo and behold, Aphria (NASDAQ:APHA) stunned everyone with a massive profit and much higher revenue than expected in its fiscal fourth-quarter results. The Canadian marijuana stock skyrocketed more than 30% during after-hours trading on Thursday evening.

After starting out 2019 with a bang, Aphria's shares have suffered since the company announced disappointing Q3 results in April. Now, though, the stock is poised to make a big comeback. But is there is a fly in the ointment with Aphria's wildly celebrated Q4 results that you might have overlooked amid all the fanfare?

Aphria had a lot of good news to report in its Q4 update. Some of it was even great news.

The company announced that net revenue skyrocketed 969% year over year (no, that's not a typo) to $128.6 million Canadian. Of course, the adult-use recreational marijuana market wasn't open in the prior-year period. But Aphria's Q4 revenue reflected an impressive 75% increased over the previous quarter's revenue of CA$73.6 million.

Revenue from the adult-use market jumped 158% quarter over quarter to CA$18.5 million. Some of this increase stemmed from higher prices. Aphria said the average selling price for adult-use cannabis (before excise tax) was CA$5.73 in the quarter ended May 31, up from CA$5.14 in the previous quarter. 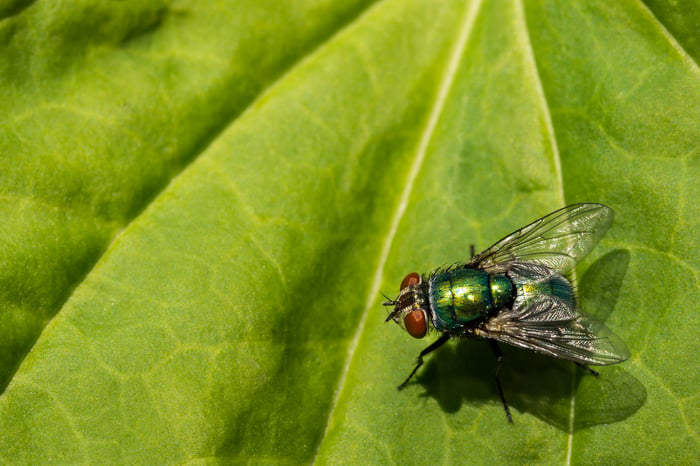 You might have noticed that there's a big gap between the CA$128.6 million in total net revenue and the CA$28.6 million in net cannabis revenue. Most of that CA$100 million difference -- CA$99.2 million of it -- came from distribution revenue, primarily generated by CC Pharma. Aphria completed its acquisition of the German pharmaceutical distributor in January 2019.

The reality is that without CC Pharma, Aphria's Q4 revenue wouldn't have looked nearly as impressive. And the company possibly wouldn't have posted a profit, either.

Aphria stated that its adjusted distribution gross profit for the fourth quarter was CA$12.3 million. Nearly all of this amount came from CC Pharma. If this amount is backed out and we adjust for the impact of the net fair value adjustment for biological assets, Aphria would quite possibly be in the red again.

This isn't a knock against Aphria's Q4 results. They truly were impressive and certainly better than probably anyone expected. However, it's indisputable that Aphria's strength in the quarter was largely driven by its acquisition of CC Pharma and not just by improvement in its core cannabis business.

Aphria projects net revenue between CA$650 million and CA$700 million for fiscal year 2020. The company estimates that distribution revenue (largely from CC Pharma) will make up a little more than half of its total net revenue. Adjusted earnings before interest, taxes, depreciation, and amortization (EBITDA) is expected to be between CA$88 million and CA$95 million.

There are plenty of good things on the way for the company. Several Canadian provinces, notably including Ontario, should open up a lot more retail locations. In October, the cannabis derivatives market in the country is scheduled to open. Aphria's international medical cannabis sales, particularly in Germany, should also pick up momentum.