The goal of any retailer should be to provide a good customer experience, so each customer keeps coming back again and again. In the world of e-commerce, the top factors in delivering a good customer experience all revolve around shipping, according to recent surveys from Avionos and project44, cited by eMarketer. While providing good value for consumers' spending is still important, customers seem to be putting more weight on the value of faster and easier shipping.

It's no wonder Amazon (NASDAQ:AMZN) is investing billions in improving its shipping speeds, and increasing convenience for online shoppers. Walmart (NYSE:WMT) is also working to speed up its delivery for online orders, and Target (NYSE:TGT) says its same-day fulfillment options are among the keys to its recent growth.

Consumers now expect practically instant delivery. This means that bigger retailers, with their wider distribution networks, stand at a huge advantage over smaller retailers, which have fewer brick-and-mortar locations and less leverage with delivery partners. 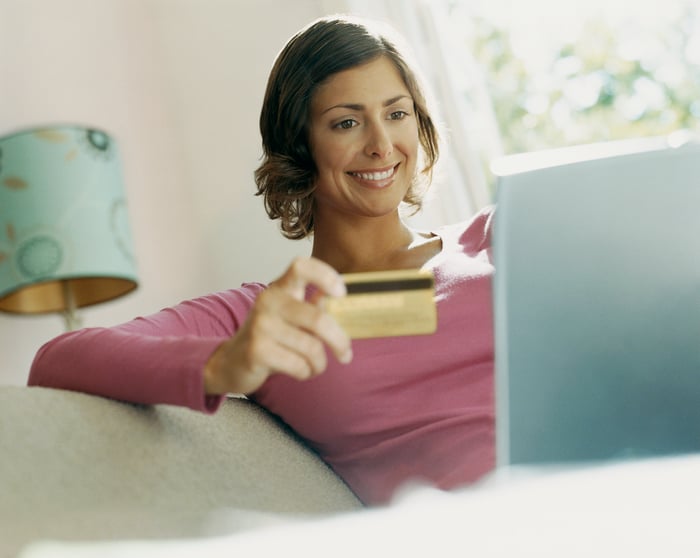 Nobody can keep up with Amazon

Amazon already set the standard for fast delivery for online orders, with its standard two-day shipping for Prime subscribers. Last quarter, the company invested over $800 million in additional spending on its fulfillment network, to increase delivery speeds on millions of items from two days to one day. It currently ships over 10 million items in one day to Prime members in the continental United States, and it might not be too long until that number reaches 100 million.

Amazon has expanded the number of fulfillment, sorting, and other delivery facilities from about 65 to 400 since 2013, according to an analysis of data from logistics consultant MWPVL International. That's far more facilities than Walmart or Target has, although both have thousands of stores they use to help with online order fulfillment. Target says its stores fulfilled about two-thirds of online order volume in the first quarter.

Amazon is also investing in cargo planes and building out a network of small local delivery partners, and it now delivers around half of its online orders itself. It's not nearly as cost-efficient as Target or Walmart fulfilling orders from their stores, but it's extremely effective. Amazon CFO Brian Olsavsky attributed Amazon's increased North American retail sales growth to the shift to one-day delivery last quarter.

So how can smaller retailers compete?

If smaller retailers -- especially those that are exclusively online retailers -- want to compete with the industry giants, they might have no better choice but to join forces with Goliath. Amazon already offers a suite of services to third-party sellers, primarily targeted at merchants selling on its marketplace. However, sellers can use Amazon's warehouses and fulfillment network to ship orders from several different e-commerce platforms.

Amazon's big push to build out its collection fulfillment assets could lead it to offer a full-blown shipping service for smaller retailers. One shipping industry CEO has already made a big bet on Amazon offering more shipping services in the near future. Importantly, Amazon isn't afraid to offer its services to competitors; more often, competitors are afraid to cede a level of control of their business to Amazon.

As shipping becomes an increasingly important focus for consumers in their online shopping selection, Amazon stands to win in two ways. While Target and Walmart are able to fulfill orders without spending as much on building out a network, Amazon is building out an asset that helps it win more retail sales now and could develop into its own business down the road. That's how Amazon can create significant long-term value, while spending billions of dollars to get packages to consumers' doorsteps 24 hours faster.