Despite escalating global trade tensions, international investments are still a critical component of a well-rounded and balanced portfolio.

International companies GlaxoSmithKline (NYSE:GSK), Netease (NASDAQ:NTES), and Alibaba (NYSE:BABA) may not be household names for most Americans, but they're worth a look for U.S. investors. 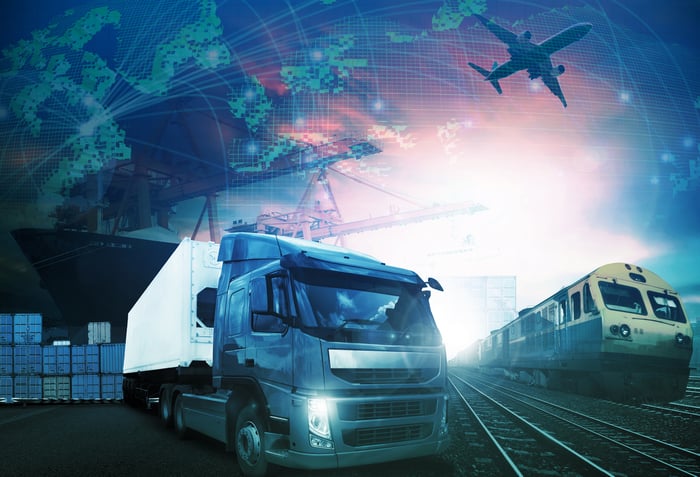 Glaxo owns 68% of the newly minted joint venture, with Pfizer owning the remaining 32%. The combined entity is expected to post annual sales north of $12.7 billion at current exchange rates and it should come to dominate several key consumer healthcare consumer markets such as pain relief, vitamin supplements, respiratory care, and oral care.

Unfortunately, investors can't invest directly in this new healthcare behemoth -- at least not yet. In short, Glaxo plans on eventually spinning off its consumer healthcare unit, but this next step in the process may not occur for up to three years.

The good news is that American investors can buy Glaxo's shares in anticipation of this potentially lucrative consumer healthcare spinoff. By carving out its consumer healthcare unit, Glaxo should realize substantial cost savings and generate a much stronger growth profile, arguably two very good reasons to consider buying the drugmaker's stock now.

The downside is that Glaxo's monstrous dividend yield of 4.5% will probably be one of the first casualties of this spinoff. Glaxo, after all, will be giving up a sizable chunk of its revenue stream by spinning off its consumer healthcare unit.

Keith Noonan (NetEase): If you play video games, there's a good chance that you'll be seeing a lot more from Chinese video game developer NetEase in the not-too-distant future. The company has teamed up with Activision Blizzard for Diablo Immortal -- an upcoming installment of the popular franchise for mobile devices that could reach a big audience, and it's making additional moves to build its audience in the Western market.

The Chinese game maker recently opened a new development studio in Montreal that will focus on expanding the company's reach in North America, and there's a good chance that video game fans will become much more familiar with the company's output. In an earnings call that took place last November, NetEase Chief Financial Officer Charles Yang had this to say: "Out of the three largest online games markets in the world, we now have reached critical acclaim in two: China and Japan. The United States market is the next frontier for NetEase."

The company's CEO stated in February that development of Diablo Immortal was mostly completed and that the game was on track for release this year. It's not unusual for big mobile games to have surprise release events, so while information on the title has been scarce in the months following its reveal last year, there's a good chance that the team-up with Activision Blizzard will be available for download on smartphones and tablets before 2019 draws to a close. NetEase also has a co-development project with Nintendo for an installment in the Pokemon franchise. Working with properties that are already hits in the United States should help the company build its business here.

Rich Duprey (Alibaba): Chinese e-commerce behemoth Alibaba has largely given up on trying to market to U.S. consumers, having tried and failed to elbow its way in among Amazon.com and eBay. Its 11 Main site lasted only a year before Alibaba shut it down.

Although U.S. consumers can shop its AliExpress site and buy directly from Chinese companies, the global online giant remains mostly unknown to U.S. consumers, even if it's very familiar to investors.

What Alibaba is instead trying to do is open up its platform to U.S. businesses, allowing them to sell their products to Chinese businesses, who will then go on to market them to Chinese consumers. In July Alibaba unveiled an online business-to-business [B2B] marketplace for American businesses that features enhanced marketing tools, domestic payment options, and a U.S.-based support team.

It says the difference between its B2B service and one that Amazon operates is the businesses that position themselves on the site will still own their data and customer relationships, something that has always worried sellers on Amazon.

Alibaba says it has over 630 million active customers in China, or double the entire population of the U.S. It doesn't actually need to market directly to U.S. consumers because the opportunity is so much smaller than it is in China, but the move to entice American businesses to its site is a smart one.