Sleep tracking is among the most notable features the Apple (NASDAQ:AAPL) Watch lacks, even as smaller rival Fitbit (NYSE:FIT) has offered it for years. One technical challenge is that Apple Watch's battery life is significantly shorter than the batteries in Fitbit devices, requiring most users to charge their Apple smartwatches overnight while they sleep. It became abundantly clear that the Mac maker was interested in sleep tracking after its 2017 acquisition of Beddit, which makes dedicated sleep tracking hardware.

Apple could add the feature as soon as next week. 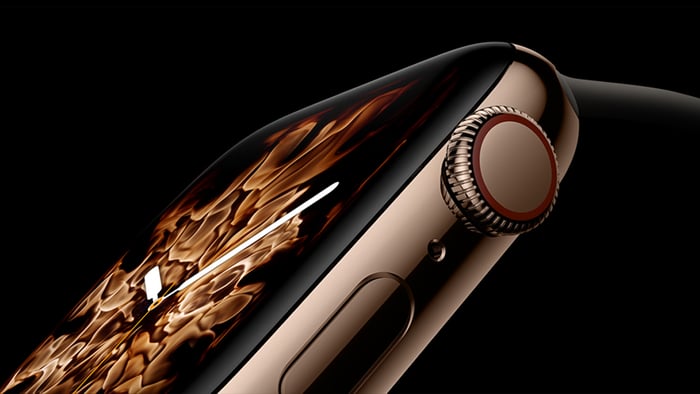 Catching up with Fitbit

9to5Mac reports that Apple is preparing to add sleep tracking to its smartwatch via a software update, potentially announcing the feature at its iPhone event next week. No dedicated hardware or sensors will be required, according to the report. Apple has internally code-named the sleep tracking function "Burrito" and the feature is expected to be called "Time in Bed tracking."

A new Sleep app on the device will assess sleep quality based on movement and heart rate, among other inputs. The sleep data will be aggregated within the Health app that Apple is turning into a comprehensive digital health platform. In order to address the charging conundrum, Apple might proactively remind users to charge their devices before going to bed.

Even though no specialized hardware is necessary, Apple could potentially reserve sleep tracking as an exclusive feature for Apple Watch Series 5, which wouldn't be the first time the company has made such a move. Bloomberg previously reported in February that Apple was working to add sleep tracking to the Apple Watch by 2020.

Sleep tracking has been one of Fitbit's most prominent differentiators. When it announced the Versa 2 last week, Fitbit said that 64% of respondents to a recent survey indicated that quality sleep was a priority for their health and fitness. The company notes it has analyzed over 10.5 billion nights of sleep tracked in order to improve its sleep tracking capabilities. Beyond free tools, Fitbit is also including more sophisticated sleep tracking features as part of Fitbit Premium, its new personalized fitness service that costs $10 per month.

Adding sleep tracking to the Apple Watch will help the Cupertino tech giant catch up in at least one department where it is lagging the competition, although there are third-party Apple Watch apps that offer sleep tracking. Considering Apple's ongoing push into services and its expansion into healthcare, it wouldn't be all that surprising if the company eventually introduced a health-oriented subscription offering to add to its growing list of first-party services that it wants users to sign up for.