By 2020, Cheniere Energy (NYSEMKT:LNG) hopes to be one of the top 5 global suppliers of liquefied natural gas. To do that, the company is banking heavily on two massive infrastructure projects, the Sabine Pass and Corpus Christi export terminals. Both projects are over 1,000 acres. The terminals will be responsible for receiving, cooling, and exporting natural gas from nearby plays such as the Permian Basin in West Texas.

Commonly referred to as LNG, liquefied natural gas is simply natural gas in its liquid form. To liquefy natural gas, it must be cooled to -260°F [-160°C], a process that condenses the gas to occupy 1/600th of its original volume. Natural gas will not burn in its liquid state, making LNG safe for international shipment.

So, what makes LNG a valuable source of energy worth following and potentially investing in? 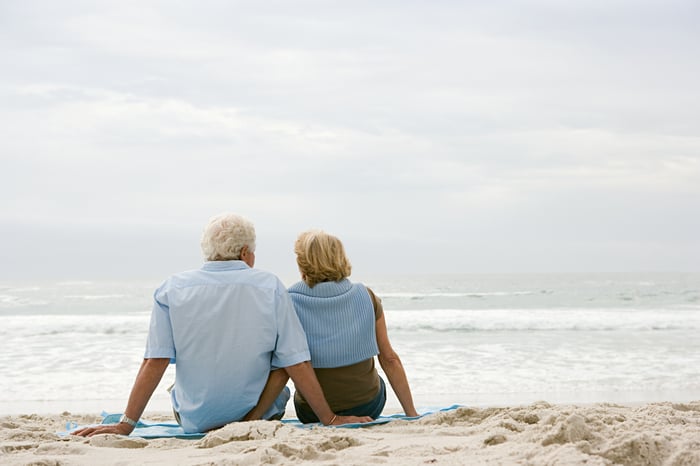 LNG frees energy-dependent countries, such as India, Japan, and Korea, from pipelines. The ability to import LNG, turn it back into a gas using what's called a regasification plant, and then transport it through intrastate pipelines eliminates dependence on a single natural gas source. Qatar, Australia, and the United States are the 3 largest exporters of natural gas, with several other mid-tier players. A competitive market driven by several LNG exporters, multiple LNG transport vessel manufacturers, and many spot markets provide the ingredients necessary for a healthy energy source.

Home to long stretches of coastlines makes Western/Southern European countries and Southeast Asian countries perfectly positioned to construct LNG import terminals. Many already exist, with several new regasification terminal projects under way. In fact, the IEA projects that 50 countries will be importing LNG by 2025, up from just 10 at the start of this century .

Cheniere's export terminals are strategically located right along the Gulf of Mexico. The Sabine Pass LNG Terminal can house up to six liquefaction trains capable of processing over 3.5 billion cubic feet per day (Bcfd) of natural gas.  LNG plants consist of one or more trains responsible for cooling and condensing natural gas. Whenever you hear LNG train, that's just the part of the plant that liquefies the natural gas. The more LNG trains, the more gas can be exported at any given time. Currently, the Sabine Pass is the largest approved and operational LNG export terminal in the United States. Driftwood LNG's 4.0 Bcfd export terminal in Calcasieu Parish, LA has been approved and is under construction.

Cheniere's Corpus Christi project is staging in its 3 LNG trains. According to Cheniere, "Train 1 is in operation, Train 2 is commissioning and is expected to be completed in 2H 2019, and Train 3 is under construction with an expected completion date in 2H 2021."  A 23 mile, 48" [122cm] pipeline connects The Corpus Christi Liquefaction Project to several interstate and intrastate pipelines, allowing the export terminal to receive natural gas from several locations. Customers are already lined up for the terminal's growing list of global buyers, including Pertamina, Endesa, Iberdrola, Naturgy, Woodside, EDF, EDP, Trafigura, and PetroChina.

The scale and impact of Cheniere's projects are impressive, but they come at heavy costs. The company has been on a spending spree. Many of the projects won't see positive cash flows till years after their first days of construction. As such, Cheniere's price to earnings ratio (PE) currently sits at a whopping 95.7. 2020 should be much more reasonable, with a projected PE of 19.2.

Near a 52-week low, Cheniere still carries a premium valuation compared to other energy infrastructure and pipeline companies. That being said, if you're a believer in LNG as a potentially dominant source of energy for developed and developing countries, Cheniere could be a stock worth considering. Cheniere is my favorite LNG stock for 2020 due to its beaten-down valuation and laser-focused investment decisions. The company has also proved capital discipline by staging in their liquefaction trains into their Corpus Christi export terminal instead of building them all at once. Cheniere's size is an advantage as well. The company is small enough to truly benefit from the success of each and every LNG train. A rising tide lifts all ships, and Cheniere's massive investments in its two major export terminals could provide just what you need to ride the LNG wave.