All three operators had curbed their operations on Tuesday as the fierce windstorm drew closer. Disney and Comcast shuttered their theme parks in the late afternoon and early evening, hours ahead of their normal closing times. SeaWorld Orlando didn't open at all on Tuesday. For the three publicly traded operators, it may seem as if they got off easy, missing just a handful of hours -- and in SeaWorld's case, an entire day -- of visitors. Obviously, things could've been far worse if Hurricane Dorian had made landfall anywhere close to the popular theme parks -- but there'll still be a price to pay for the disruptions. 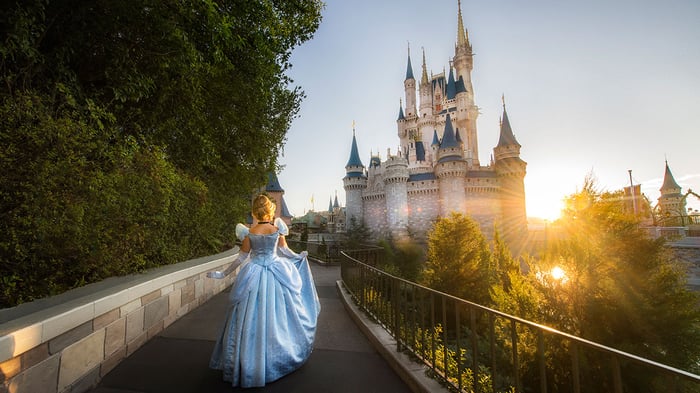 Disney, Comcast, and SeaWorld Entertainment keep their attractions open year-round, so Tuesday's disruptions may seem like little more than rounding errors. We're talking about a weekday during what is one of the quietest seasonal lulls for the tourism industry. However, there are still a couple of things that investors will want to keep in mind before concluding that it's business as usual for the three entertainment giants.

We can start with the days leading up to the Tuesday closure itself. Labor Day weekend is a pretty big deal as the peak summer travel season comes to a close, and for Disney World, in particular, this was supposed to be a huge holiday. Star Wars: Galaxy's Edge and the International Food and Wine Festival debuted on Thursday, but booked visitors were already starting to be audible at the line.

With Hurricane Dorian's path still uncertain but initially projected to be making a beeline to Central Florida, it's fair to say Disney World travel plans were cancelled en masse. Social media was ablaze the past few days, detailing how empty the Disney, Comcast, and SeaWorld parks felt during the typically busy extended holiday weekend. With locals busy preparing for the storm, and out-of-towners making other plans, it's easy to see why the impact of this storm extends beyond Tuesday's partial shutdowns.

Another factor that may get thornier in the years ahead is nature's trend and what it can do to the vacation-booker's mindset. Disney World opened in 1971 and went nearly 28 years without a weather-related closure until Hurricane Floyd blew into town in 1999. Outside of an early closure on 9/11 for global security reasons and three hurricanes that threatened the area in 2004, Disney and its peers would remain open every day for the next dozen years.

It's been a rough run lately with Hurricane Matthew in 2016, Hurricane Irma in 2017, and now, Dorian's date with the locked turnstiles on Tuesday. Three windstorm-related closures in four years is a pretty big deal and may weigh on potential visits in the future as folks ponder whether to hit up Central Florida's attractions during the hurricane season that technically runs from June through the end of November -- but is typically at its worst in August and September.

Disney, Comcast, and SeaWorld aren't concerned right now. They're all laying the groundwork for new big-ticket attractions that will woo visitors in the years to come. However, between investor fears that a recession will rock the economy and now, a problematic trend with hurricanes disrupting late summer and early fall operations, one can argue that the industry has its hands full.