Chinese tech company Momo (NASDAQ:MOMO) recently launched Zao, a face-swapping app powered by artificial intelligence that lets users insert themselves into clips of popular TV shows and movies with a single selfie. It quickly went viral and became the most downloaded free iOS app in China, according to App Annie.

Yet Zao immediately faced a user backlash regarding its privacy agreement, which grants Momo a "free, irrevocable, permanent, transferable, and relicensable" license to all its user-created content. In other words, Momo could own users' faces and license their images to other companies. 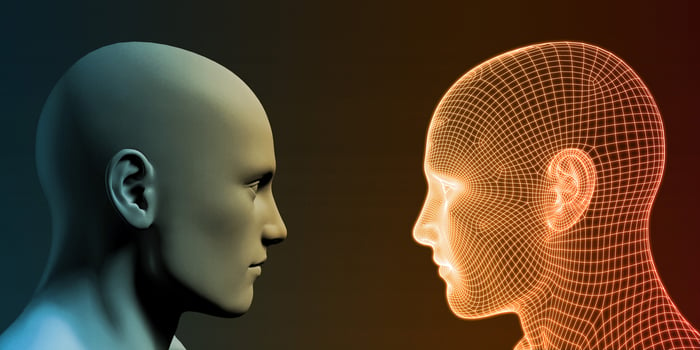 Momo responded by saying that it would only use users' photos to improve the app and that users could delete their data. However, the company also owns the popular dating apps Momo and Tantan -- and it's unclear whether Zao's data will be shared with those platforms. Zao's popularity also raises fresh concerns about "deepfake" videos blurring the lines between fantasy and reality.

How does Momo make money?

To understand why Momo launched Zao, we should first understand its core business. Momo generated 93% of its revenue last quarter from its namesake app. Momo helps users find each other based on their interests and locations, and it's widely used as a dating app. Its revenue surged after it added live videos in 2015, allowing users to buy virtual gifts for their favorite video creators.

Tantan, which generated the remaining 7% of revenue, is a Tinder clone that Momo acquired last May. Tinder's parent company Match Group (NASDAQ:MTCH) sued Tantan over the similarities between the apps, and Tantan agreed to pay Match royalties to retain key features like swiping left and right. Momo and Tantan both offer premium subscription tiers (comparable to Tinder Plus and Tinder Gold) that add improved search and exposure features.

Momo generates three-quarters of its total revenue from its live video ecosystem, and the rest comes from subscriptions, ads, and mini games in Momo. Momo's growth in revenue, MAUs (monthly active users) on its main app, and paid users on both platforms consistently grew over the past year.

Momo's growth hit speed bumps in April and May after Chinese regulators ordered the removal of its Tantan app from Chinese app stores, Apple suspended in-app payments in Tantan, and the company temporarily suspended news-feed posts on both apps for an internal review.

Those troubles were reportedly caused by ads for prostitution popping up across its network. Momo was slammed by China's state media several years ago for being the preferred app for sex workers, so the new allegations opened up some old wounds.

Momo's apps were fully restored at the end of its second quarter in late July. However, the painful experience suggested that Momo was too heavily dependent on dating apps. Live video platforms have also been closely scrutinized by Chinese regulators over allegations of inappropriate and pornographic content.

That's where Zao comes in. It's completely different from Momo and Tantan, and it cleverly encourages users to share their fake videos -- nurturing the app's viral growth. 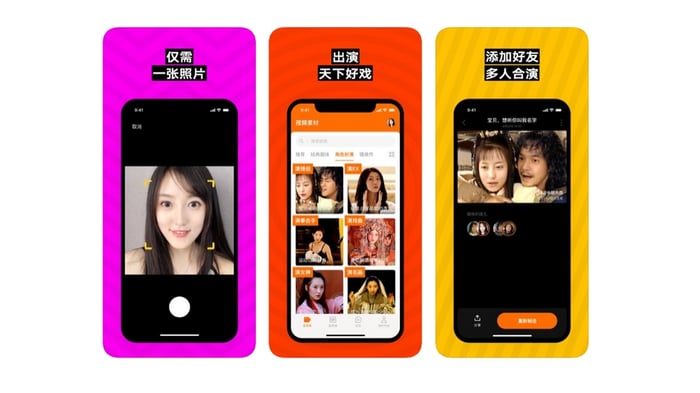 Yet Momo didn't mention Zao or its developer Changsha Shenduronghe Network Technology (a fully owned subsidiary of Momo) in its latest conference call. That silence indicates that Zao is an experimental app that gained much more momentum than Momo anticipated.

Momo hasn't explained how it plans to monetize Zao, but the app only comes with a few pre-rendered videos for users -- so it could potentially sell additional clips. Momo could also convince companies to launch free sponsored videos for the platform -- which would resemble Snap's strategy for sponsored lenses and filters. It could also integrate Zao's videos with Momo and Tantan to boost user engagement rates.

I've repeatedly stated that Momo is an undervalued growth stock, as a company with plenty of irons in the fire. Zao is now one of those irons. It could evolve into a new revenue stream if Momo plays its cards right and quickly addresses users' privacy concerns.