TripAdvisor stock is now down a total of 14% since earnings came out, and the numbers are even worse than that already sounds. "Over the past 6 months, TRIP has underperformed [the S&P 500] by ~33%," as investment bank UBS points out today in a note on StreetInsider.com.

And yet, thanks to this dramatic decline in stock price, UBS now believes that the odds of TripAdvisor outperforming in the future have improved. Here's what you need to know. 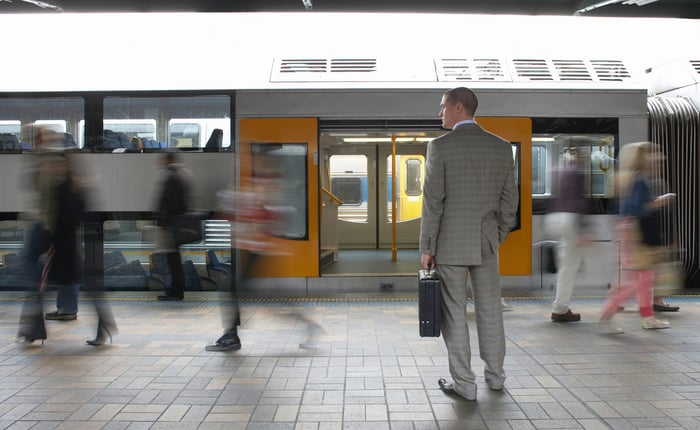 Before we get into the upgrade proper, it's worth taking a few minutes to consider just what TripAdvisor said last month to spark the post-earnings stock slump (and accelerate the slide experienced over the last six months).

As my fellow Fool.com contributor Dan Caplinger explained last month, TripAdvisor is in the midst of a major site revamp, retooling its business from one focused almost exclusively on providing travel reviews to one that can "capture more of the business that it now refers out to its partners" (and thus reward its shareholders with a greater portion of those profits).

The results so far, however, have been mixed. Sales are growing in the company's top priority of experiences and dining (selling services that customers can book while on vacation), but revenue declined in the hotels, media, and platform segment (where TripAdvisor records click-based ad sales for its partners).

Overall, adjusted profits continued to increase, up about 10% year over year, and adjusted pre-tax profits are expected to keep growing in the double digits. Problem was, TripAdvisor said that it might not be able to grow at the 15%-ish rate posted in this year's first half, and it's probably that warning of near-term slowing growth that spooked investors.

What UBS had to say about that

And yet, it's the underperformance in TripAdvisor shares that arose from these investor fears, argues UBS, that makes the stock look relatively more attractive today: "On the back of that underperformance, we upgrade TRIP from Sell to Neutral and see the shares as having a more balanced risk/reward from current levels," said the analyst, even as it cut its price target to $40.

Granted, UBS does caution that "management commentary on forward margin structure" is still key to whether investors will warm back up to the stock. And it's true that from one perspective, shares still look pricey at a trailing P/E ratio of 38. Still, when valued on free cash flow, TripAdvisor stock looks like it could actually be approaching bargain territory -- or even have arrived there.

Consider that over the past 12 months, the company has generated positive free cash flow of $340 million -- more than twice its reported income. When you compare this cash profit to TripAdvisor's $5.2 billion market capitalization (adjusting for its nearly $800 million in net cash on the balance sheet), the stock actually costs only about 13 times trailing free cash flow. I have to say that this is a pretty attractive valuation for a company that says it's going to grow its profits in the double digits this year.

Indeed, the longer-term valuation on TripAdvisor shares could be even better than this. According to S&P Global Market Intelligence, the consensus among analysts who follow the company is that earnings over the next five years could grow at better than 15% annually -- and in the medium term, the valuation looks better still.

From $0.81 per share earned in 2018, analysts forecast that TripAdvisor could grow its earnings to $1.61 by 2021 -- roughly doubling its profit in just three years, with continued strong growth expected in the years beyond 2021.

Based on all these numbers, I have to agree with UBS that with TripAdvisor valued at a mere 13 times free cash flow, the odds are now shifting to favor an investment in the stock. In fact, if you ask me, it may already be cheap enough to buy.