American Eagle Outfitters' (NYSE:AEO) stock recently plunged to a 52-week low after the apparel retailer posted its second-quarter earnings. It topped Wall Street's estimates, but its growth was buoyed by a one-time gain, and it offered mediocre guidance for the third quarter.

AEO's revenue rose 8% annually to $1.04 billion, beating expectations by $40 million. But excluding a $40 million boost in licensing royalties from Japan, its revenue would have risen only 4% and matched analysts' expectations. AEO plans to terminate that deal and explore other options for growth in Japan. 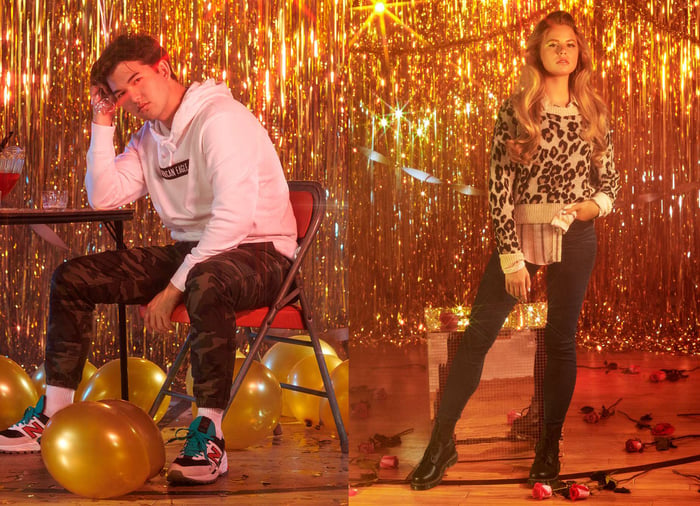 AEO's comps rose 2%, which met its prior forecast for low-single-digit growth but missed the consensus forecast for 3% growth. Management blamed the shortfall on softer sales of seasonal clothing lines and a delayed start to the back-to-school shopping season, but it still expects its comps to rise by low-to-mid single digits in the third quarter.

On the bottom line, the retailer's earnings rose 12% to $0.38 per share. Excluding a penny in restructuring charges, its adjusted EPS of $0.39 beat expectations by $0.07. However, the company expects its third-quarter EPS to stay nearly flat annually at $0.47 to $0.48 -- which missed the consensus forecast of $0.52.

AEO's report was filled with contradictions, but I'm confident that the stock will soar again for a few simple reasons.

AEO just posted its 18th straight quarter of positive comps growth, and it expects that streak to continue.

The slowdown at American Eagle was disappointing, but it faced a tough comparison to the prior-year quarter. During the conference call, AE president Chad Kessler noted that a "cool May hurt demand for warm-weather apparel," sales of shorts missed expectations, and sales of women's tops "skewed" toward cheaper products.

Kessler said that AE had "largely" overcome those challenges, and that it already saw "meaningful improvement" in August and September. Kessler also noted that AE remained the "No. 1 women's jeans brand in America," and that sales of its dresses, skirts, and accessories remained robust.

Aerie's growth accelerated from the first quarter, even as it faced a tough comparison to its 27% growth a year earlier. Aerie president Jen Foyle attributed that growth to "healthy demand" for its core bras, and a "very positive response" to its new apparel collections.

If a retailer is in trouble, its comps decline, its margins contract, and it shutters stores. None of that is happening at AEO.

The bears will argue that those gains are temporary, but AEO's gross and operating margins consistently hovered around those levels over the past decade as other brick-and-mortar retailers crumbled.

Its outlook and valuations

AEO's guidance for flat earnings growth in the third quarter was disappointing, but long-term investors should realize that AEO usually sandbags its guidance.

Back in the first quarter, it offered guidance for just $0.30 to $0.32 in EPS, which missed the consensus forecast of $0.35. As a result, analysts lowered their estimates and AEO crushed expectations this quarter with an EPS of $0.39.

The same thing will likely happen when it reports its third-quarter earnings. Granted, the apparel market is unpredictable and faces tough headwinds -- tariffs, sluggish mall traffic, and fast fashion challengers -- but AEO weathered those storms before.

AEO's forward P/E of 9 and forward yield of 3.3% should set a floor under the stock at these levels -- so I'm adding more shares before the market comes to its senses.