A key part of Roku's (NASDAQ:ROKU) rapid growth to become the most popular streaming platform in the U.S. is to sell its player hardware at low prices and to include its Roku operating systems in as many TVs as possible. But the streaming-TV company took that one step further on Wednesday. Roku announced a new smart soundbar, which includes a built-in Roku streaming player.

Furthermore, Roku apparently wasn't the only one thinking this way. Also on Wednesday, Amazon.com (NASDAQ:AMZN) similarly unveiled a smart soundbar with its Fire TV streaming service built into it. Though, unlike Roku, the soundbar itself is built and branded by a third-party company. 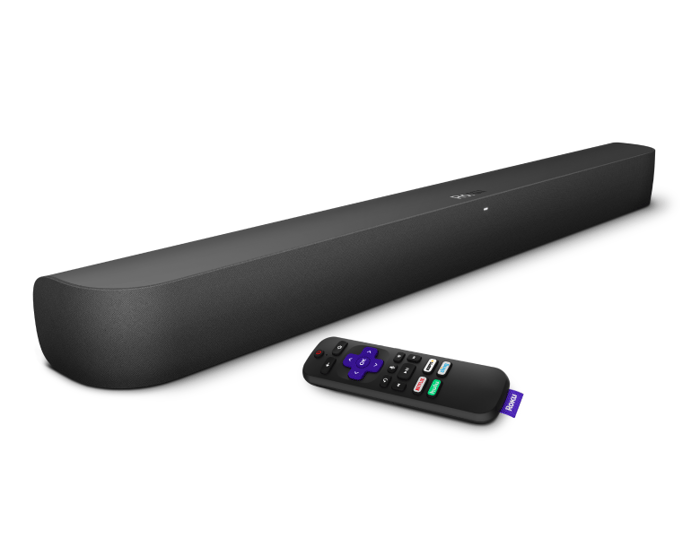 Roku's new soundbar gives users premium sound quality, Bluetooth connectivity to listen to music from other devices, a voice-enabled remote to control the soundbar and TV, and a built-in Roku streaming player. The tech company is selling this new soundbar for $179.99.

Amazon went with a slightly different approach to getting its Fire TV player into a soundbar. It let third-party technology accessory company Anker build it into its new Nebula soundbar. The soundbar similarly comes with high-quality sound and an Alexa-enabled remote for the soundbar and TV. The device is priced at $229.99.

On the surface, it makes sense for someone to build a smart soundbar with a streaming-TV service built into it: It offers consumers a minimalistic, space-saving design. In other words, for those with a streaming-TV platform built into their soundbar, they won't need a Roku or Amazon Fire TV player. This means there's one less piece of hardware to go with consumers' TV.

But there's a bigger reason behind these devices than their space-saving utility.

It's about active accounts

Roku has repeatedly said one of its primary methods of expanding its base of active accounts is by making it easy for consumers to get their hands on Roku's players, whether than means through highly affordable player units or the inclusion or Roku's player operating system in third-party TVs.

By being aggressive in its investments and partnerships with TV original equipment manufacturers, Roku's streaming platform was included in one in every three smart TVs sold in the U.S. during the first half of 2019. Helped by Roku's strategy of making its platform available in as many TVs as possible, the company now has operating systems powering 41 million over-the-top devices and smart TVs in the U.S., according to data from Strategy Analytics. This is 36% greater than the closest competitor. Further, active accounts surged 39% year over year in Q2.

With its new smart soundbar, Roku is likely less interested in making money on the device and more interested in making sure its streaming-TV platform is in yet another location of convenience, giving consumers another way to easily start using Roku's streaming-TV operating system. Roku can make money on the speaker later by monetizing these users from earning revenue from subscriptions and ads served through the platform.

With Roku's player strategy working so well, it's not surprising to see Amazon getting just as aggressive.