Baidu (NASDAQ:BIDU) could be one of the best bargains out there right now. Although the stock has struggled this year, this could be a great time to add it to your portfolio. Here's why.

Baidu has fallen by more than 30% in 2019 after an abysmal first quarter when the report of its first loss since going public in 2005 spooked investors. As a result of the decline, the stock has become an appealing value buy, trading at only 8 times its earnings and a price-to-book multiple of only 1.5. Those numbers would be considered low for bank stocks, let alone a tech stock like Baidu, which saw its sales grow by more than 20% last fiscal year.

Investors buying the stock at around $100 would be getting a bargain, especially when you consider that just a year ago, it was trading at more than double that price. 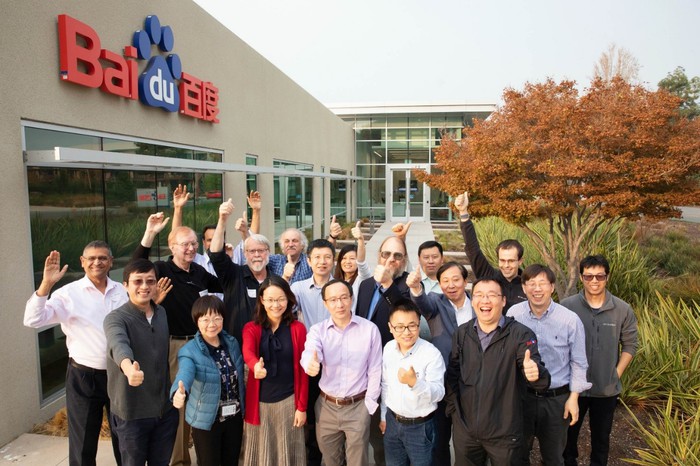 Back in the black

The bad news for Baidu is that the revenue growth has slowed significantly this year. In Q2, sales were up just 1% and, in U.S. dollars, were actually down from the previous year. However, those figures still came in above analyst expectations. More importantly, Baidu found its way back into the black with profits up to $353 million for the quarter. While this was significantly down from the prior year, the good news is that the company was able to bounce back after a disappointing loss in Q1.

Many more ways to grow

Another big positive noted during the most recent quarter was that activity on Baidu's app has been on the rise. Daily active users on the mobile platform reached 188 million in June 2019, an increase of 27% from the prior year. Growth metrics like that can translate into a lot of improvement in the top line down the road. Although it's a far cry from the 1.59 billion daily active users who use Facebook, it gives you an idea of the significant amount of potential growth opportunity Baidu still has in the Chinese market.

As more users log on to the app and use Baidu's services, there's more potential for the company to make money. Its voice assistant, DuerOS, has been installed on more than 400 million devices and has received more than 3.6 billion monthly queries based on the company's most recent numbers. Often seen as Baidu's version of Alexa, DuerOS's suite of software developer kits, APIs, and turnkey solutions help manufacturers integrate Baidu's voice platform into smart speakers, refrigerators, washing machines, and more. It too could fuel a lot of growth for the company in the future, especially as adoption rates continue to climb.

Baidu may be struggling, but with a strong and growing user base, all it needs is one big product to help generate sales growth, and that could still prove to be DuerOS. There's still lots of potential, especially in a country like China, where Baidu has barely scratched the surface in terms of potential users.

It may take some time to see sales numbers improve, but given the low price, there isn't a whole lot of risk here. If nothing else, Baidu could offer investors a cheap way to diversify their portfolios by tapping into a huge Chinese market.