Cronos was once hailed as the best performing marijuana stock of all time, but how much can the pot firm grow from here?

Marijuana companies started the year on a strong note. A wave of new laws that were enacted late last year helped drive many pot stocks to new heights. Things look much less impressive at the moment, though. The past few months have been brutal for the marijuana sector, and Cronos Group Inc (CRON 2.73%) has not escaped this apocalypse. A round of disappointing financial results -- coupled with a series of downgrades from several analysts -- have taken a toll on the Toronto-based firm. As a result, Cronos' shares are only worth a fraction of what they were in mid-March. While I do not think Cronos' investment thesis is particularly compelling, maybe these recent headwinds have created an excellent entry point for long-term investors. Is Cronos worth buying at current levels?

Perhaps the best argument for Cronos still being an attractive option is its partnership with Altria Group (MO 2.73%). By way of a reminder, the tobacco company invested $1.8 billion for a 45% stake in Cronos. This partnership allows Cronos to have access to some much needed cash. The firm seems to be putting these funds to good use, too. Back in May, the marijuana company announced the opening of a research facility, or more precisely, a cannabinoid device R&D facility, in Israel. The goal is to develop state of the art vaporizer devices for cannabis consumption. This move may be a stepping stone to Cronos entering the high-margin cannabis derivative market, which is set to open in Canada sometime this fall.

More recently, Cronos announced it would acquire four of Redwood Holding Group, LLC's subsidiaries. Redwood is a manufacturer of CBD skincare products that operates in the US under the brand name Lord Jones. The deal cost Cronos about $300 million, most of which the company will pay in cash ($225 million to be exact). Of course, Cronos' partnership with Altria provides benefits beyond money to splurge on acquisitions and other growth initiatives. Altria has extensive experience with controlled substances and a wide distribution network it can leverage to reach otherwise unattainable clients. Put Cronos' high-margin ventures together with Altria's expertise and connections, and the potential seems enticing. 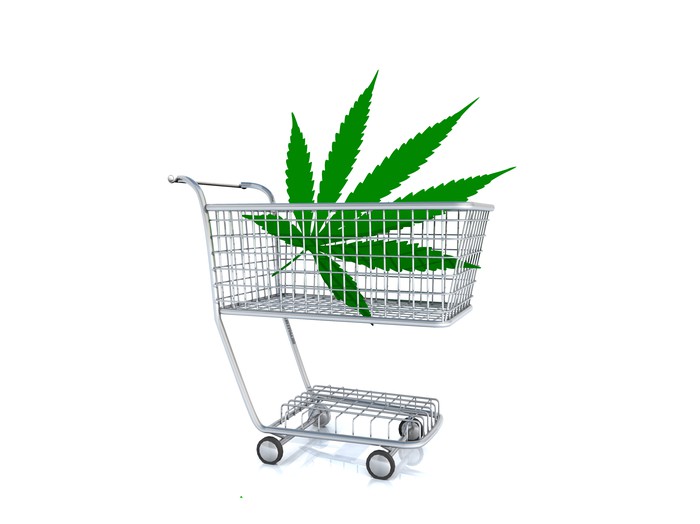 The other side of the argument is a lot less flattering. First, Cronos' revenues pale in comparison to those of its peers, and the firm's top line growth isn't as impressive as it's peers. Cronos' second quarter net revenues were about CA$10 million, a 202% increase year over year. By contrast, Canopy Growth Corp (CGC 7.90%) delivered revenues of CA$90 million during its latest reported quarter, a 249% year over year. Similarly, Aurora Cannabis (ACB 4.07%) reported revenues of CA$65 million, a 304% increase year over year. While Cronos recently posted stronger sequential top line growth recently, the firm is still very far from showing revenues on par with similarly sized cannabis companies.

Second, Cronos is lagging behind in terms of production capacity. The pot company's peak production capacity of about 110,000 kilograms per year falls short of that of much smaller competitors. For instance, Aleafia Health Inc (ALEAF -5.04%) only has a market cap of $201 million, but edges out Cronos (whose market cap is about 15 times that of Aleafia) in this department. Finally, Cronos has failed to secure enough supply deals to keep up with its competitors. About a handful of Canadian pot growers have signed supply deals with every Canadian province, including Aphria, Canopy Growth, and OrganiGram Holdings Inc (OGI 2.94%). Cronos, though, only has such agreements in place with two provinces.

Cronos seems well-positioned to profit from the launch of derivative products, and its venture into the hemp-based CBD market may turn out to be fruitful. Maybe excellent revenues and earnings will come later. After all, many of the top marijuana companies aren't even profitable yet. Still, Cronos is already falling far behind many of its competitors in several key aspects, and these firms are equally anxious to dip their toes into the upcoming derivative market. In other words, Cronos will have to capture a significant share of this market to post revenues comparable to that of its peers. While that certainly seems possible, especially given the company's partnership with Altria, whether Cronos can pull it off remains to be seen. With that in mind, a wait-and-see approach might be the right one to take with Cronos at the moment.

Why DexCom Was Such a Healthy Stock Today