Shares of Mettler-Toledo International (NYSE:MTD) dropped by 13.2% in August, according to data provided by S&P Global Market Intelligence. Much of the drop came after the company reported Q2 2019 earnings on Aug. 1. The drop was much worse than the market as a whole: The S&P 500 was only down 1.8% for the month.

Mettler-Toledo makes precision measuring instruments including scales and dosing equipment for the healthcare, nutrition, trucking, and jewelry industries, among others. Growth has been fairly predictable and steady over the last 10 years, but things have been rockier lately, with two consecutive months of share price declines. 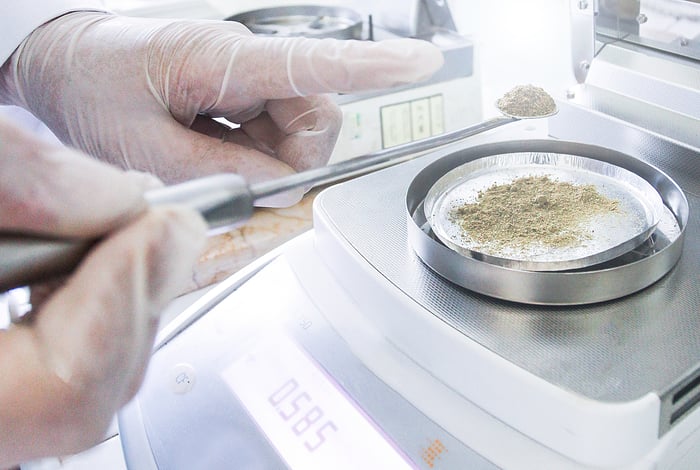 August's drop was caused by what was actually a pretty decent Q2 2019 earnings report:

But investors may have been troubled by the low revenue increase, which missed analysts' expectations. They also probably didn't like hearing some ominous comments by CEO Olivier Filliol on the earnings call: "As we look toward the end of the year, we acknowledge greater uncertainty due to the deteriorating macroeconomic data and potential unfavorable consequences to the global economy due to trade disputes, particularly between U.S. and China. We will monitor our markets closely, remain agile, and be ready to adapt our plans if necessary."

Those concerns were echoed a few minutes later by CFO Shawn Vadala:

We acknowledge the deteriorating macroeconomic indicators and growing uncertainty of the impact of the global economy due to trade disputes. Our outlook for the third quarter is positive as we have assumed no change to market conditions. As we look to the fourth quarter, we will face tougher comparisons due to very strong growth in the prior year. We're also cognizant of the uncertainty in the global economy.

As a manufacturer, the company is naturally worried how trade and tariffs are going to affect its business. Mettler-Toledo is also predicting that declining sales in its food retail segment will continue to affect its business throughout the year. Even though the stock has taken an 18% haircut over the last two months, its valuation metrics like P/E and enterprise value to EBITDA are higher than they've been historically.

While Mettler-Toledo has been a consistent grower, there are other growth stocks that look like better investments right now, especially as we head into an uncertain macroeconomic environment.