Facebook is taking steps to ensure political advertisers are who they say they are. Will this stop the flow of misinformation during the 2020 election?

With the U.S. presidential election coming in 2020 and with Facebook's (META 1.21%) reputation still tarnished by 2016, when misinformation and fake political ads dominated users' newsfeeds, the company has announced new steps to crack down on anyone trying to use the platform for political maleficence.

Whether these moves will be enough to quiet the public outcry from regulators, lawmakers, and privacy advocates who want it to overhaul how it handles customers' data is up for debate. After all, Facebook can't seem to protect its own customers' data, let alone election advertisements. Just this week, it confirmed personal data (including phone numbers) from more than 400 million users was sitting on an unprotected server accessible to anyone online. It also recently agreed to pay the Federal Trade Commission $5 billion, the largest fine levied against a tech company, because of its lackluster privacy practices. 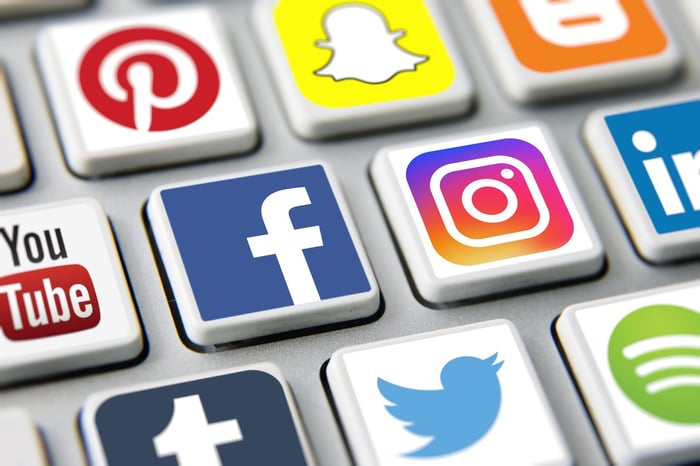 In a blog post last week, Facebook announced that organizations trying to buy advertisements related to politics or social issues on Facebook and Instagram will have to go farther than before to prove their identity.

Under the old guidelines, those seeking to buy political ads have to prove who they are and where they're based in the U.S. Under the new guidelines beginning in October, organizations will also be required to provide a tax ID number, a government website domain that matches an email ending in .gov or .mil, or a Federal Election Commission identification number. Advertisers who don't have those credentials are required to provide a verifiable phone number, business email address, mail deliverable address, and business website that has a domain that matches the email. Facebook is giving advertisers a few weeks to comply.

Starting mid-September, advertisers will need to provide more information about their organization before we review and approve their disclaimer. If they do not provide this information by mid-October, we will pause their ads. While the authorization process won't be perfect, it will help us confirm the legitimacy of an organization and provide people with more details about who's behind the ads they are seeing.

Facebook's efforts are designed to appease regulators, lawmakers, and privacy advocates, who are paying close attention to how the social media network operator will police its news feed ahead of the election. They don't want a repeat of 2016 when Russia was suspected of spreading misinformation and sowing political discord with fake ads and social media accounts.

Facebook has been pouring tons of money and lots of manpower into the effort, with varying results. On the downside, in October 2018, media outlet Vice News was able to buy political ads that stated they were paid for by Vice President Mike Pence and ISIS. In more positive moves, in May, Facebook added a "Paid For" disclosure to all ads related to politics. The company also recently banned The Epoch Times, a conservative news outlet that reportedly spent around $2 million on ads that promoted President Donald Trump and spread lies about his political rivals.

Some lawmakers -- and 2020 Democratic presidential candidates, including Elizabeth Warren -- are calling for stricter oversight of the social media giant. If it runs into trouble with the 2020 election, those calls could get louder. Given all the potential risk, you'd think Facebook would simply ban political ads altogether. But there's a big reason it won't: revenue.

According to GroupM, the media investment unit of ad company WPP, advertising in the U.S. including political ads is expected to see an 8.2% increase in 2020, with digital ads driving the growth. In 2018 (a mid-term election year), GroupM said political ads accounted for $9 billion in spending, and that number should increase during the 2020 election (ad spending during elections is on a steady rise). Facebook isn't the only social media platform that will benefit from political ads, of course, but it will get a hefty share of the revenue. While no specific numbers are available, Ad Age projects that Facebook will control about 10% of the $151 billion overall digital ad market in 2020. If political ads in 2020 are higher than the 2018 figure of $9 billion, an educated guess would extrapolate that Facebook's 10% share in 2020 will easily exceed $1 billion overall.

Keeping political ads front and center is also necessary for Facebook as it works to lessen its dependence on News Feed ads and diversify its revenue streams to better incorporate newer products such as Stories. When reporting earnings in July, Facebook's Chief Operating Officer Sheryl Sandberg said Stories will be a big opportunity for the company and its advertisers over time.

While Facebook's stock has declined 8% since reporting earnings on July 24, there's still more risk for investors. If the 2020 election comes and goes without a hitch, Facebook shareholders should be able to breathe a sigh of relief. But if misinformation, fake ads, and smear campaigns become the norm again, investors might want to brace for a rocky ride with the stock.