Kraft Heinz (NASDAQ:KHC) and General Mills (NYSE:GIS) have long been icons in the consumer staples sector and many like to think of them as "recession-proof" because people buy their products in good times and bad. As of late, both have come under pressure from rapidly changing eating habits. Food selection has shifted from processed, packaged food to healthier alternatives and I don't believe either of these companies is keeping up.

Many investors have looked to the consumer staples sector to buy into companies that can provide value amid any market conditions. Kraft Heinz and General Mills both have fit that bill as they provide everyday food items, steady organic growth, and pay a dividend. That organic growth has begun to wean away the last few years, though. Kraft Heinz posted a 0.6% decline in net sales for 2018 in the United States , its largest market, while General Mills saw organic net sales in fiscal year 2019 flat with the previous year's results. .

What have the stocks done recently?

While both companies carry very similar products, their stocks have reflected differing stories. Kraft Heinz is down 46%, since it announced in February goodwill impairment charges to the tune of $15.4 billion, in addition to an SEC investigation into its accounting "policies, procedures, and internal controls related to its procurement function."

General Mills stock is up 4.5% since it reported earnings June 26. The earnings announcement was welcomed because it showed 7.1% top-line growth. Digging into the numbers gives a different perspective, however. General Mills sales declined or stayed the same in every category except for the recently added pets segment, which stemmed from the Blue Buffalo acquisition. The pets segment accounted for 8% of sales and 100% of why sales grew at all. 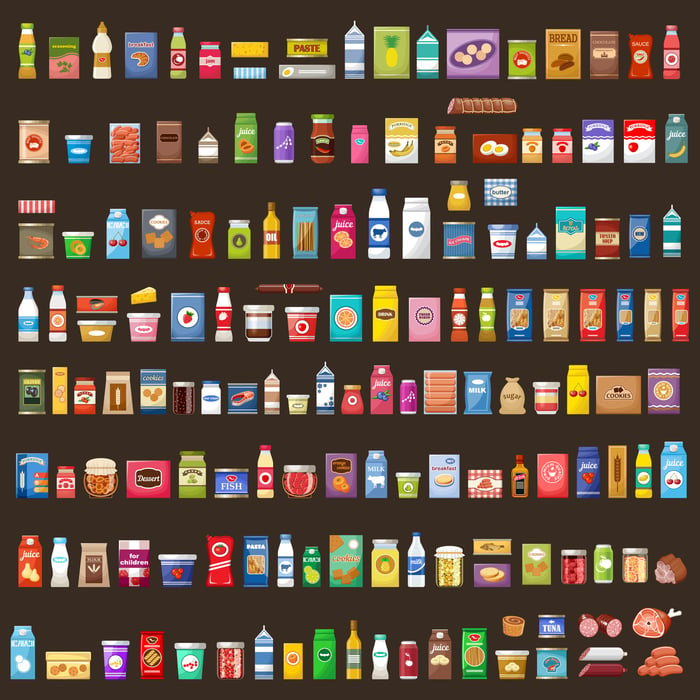 Keeping up with the times?

It is clear that both companies are recognizing the changing times when it comes to food. Consumers are looking for buzzwords like "organic" and "non-gmo" when it comes to their grocery shopping lists. But it doesn't look like either of these companies is doing enough. The most recent changes that have been brought to market have consisted of bringing back discontinued cereals and finding new ways to repackage current products. These won't change the game for either company and I think we will continue to see sales decline as consumer habits are evolving.

I don't believe that Kraft Heinz or General Mills is a good investment at this point in time.

Kraft Heinz needs to stabilize as a company, get its records in order, and go for more than a few months without dropping negative, business-altering news.

As far as General Mills goes, I like that it is reaching out into other segments like pets to make up for declining sales. As an investor, I would want to see the pets segment continue to grow, posting bigger sales figures consecutively before I jumped in.

If I were forced to pick between the two, General Mills would be my pick because of its diversity, and also its long-term debt is currently $11.6 billion, as opposed to $29.8 billion for Kraft Heinz. But I think investors would be better served looking elsewhere.