While shares pulled back 11.8% during the holiday-shortened first week of September, they're still up more than 59% since the San Francisco-based company's April initial public offering at $19 per share.

Pinterest's platform allows users to visually share -- by "pinning" images and videos to their boards -- and discover products and projects by browsing what others have pinned. As with social-media titan Facebook, the company makes it money from advertising. 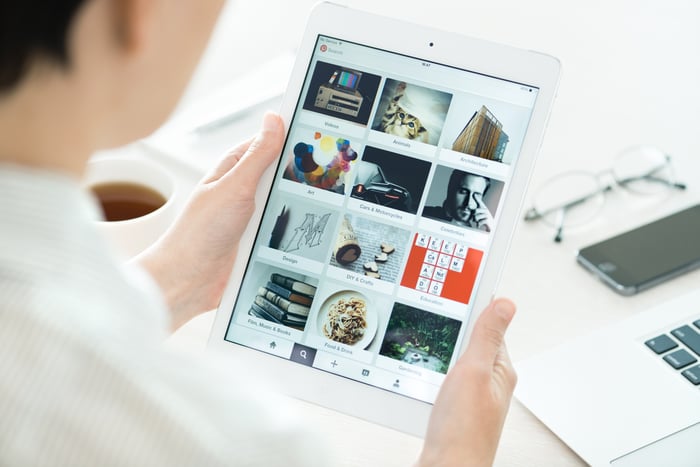 We can attribute Pinterest stock's strong performance last month to the company's Aug. 1 release of second-quarter results that crushed Wall Street's expectations and to management increasing full-year 2019 guidance. Shares surged 18.6% on the day following the release.

As is typical for a newly public company, Pinterest isn't profitable. It posted an adjusted net loss of $24.5 million, or $0.06 per share, a 28% improvement from the year-ago period's $34.2 million net loss.  Nonetheless, the adjusted bottom line beat the $0.08 loss-per-share that the Street was expecting. On the basis of GAAP (generally accepted accounting principles), Pinterest turned in a net loss of $1.16 billion, though much of that loss was due to expenses associated with the company's IPO.