Okta (NASDAQ:OKTA), a provider of an identity-management platform for enterprise customers, crushed analyst estimates when it reported its fiscal second-quarter results late last month. Revenue for the period was $140.5 million, up 49% year over year. Meanwhile, Okta's non-GAAP (adjusted) loss per share narrowed from $0.15 in the year-ago quarter to $0.05. On average, analysts were expecting revenue and a non-GAAP loss per share of $131.2 million and $0.11, respectively.

For investors who want to look beyond these headline figures, here are some key quotes from Okta's CFO during the company's fiscal second-quarter earnings call. 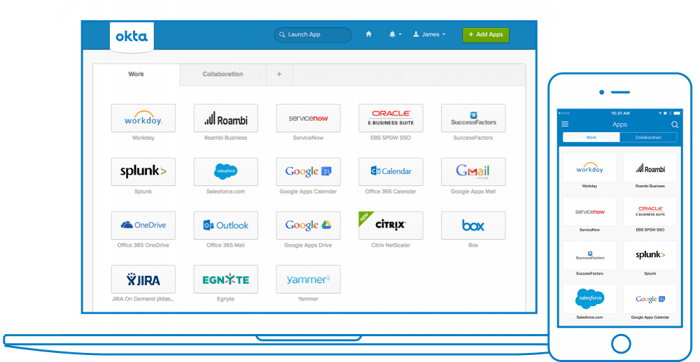 The number of Okta customers with annual contract values of $100,000 or greater once again increased sharply during fiscal Q2. These customers were up 46% year over year, with more than half being new to Okta's ecosystem. But even these metrics fail to fully capture how the company is resonating with these customers.

"But even more than that, is the fact that ... with these new customers -- the larger enterprise customers -- we're doing bigger deals and we're doing longer term lengths," said Okta CFO Bill Losch during the company's second-quarter earnings call.

Some investors may have noticed that Okta's international year-over-year revenue growth rate decelerated. The tech company's revenue outside the U.S. increased 45%. This compares to 60% growth in fiscal Q1.

When asked if the deceleration indicated demand was falling, Losch asserted that the macro environment remains strong for its products.

[W]e still believe that ... these key tailwinds that we're having of companies moving to cloud, transforming themselves digitally, and focused on security, is true both here in the U.S. and outside the U.S. -- and they're going to be, we believe, high C-level priorities.

In line with comments management made in its fiscal first-quarter earnings call, Okta continues to expect headcount growth to accelerate in the second half of fiscal 2020.

Specifically, management said it expects to take its revenue outperformance in fiscal Q2 (revenue was $140.5 million, above management's guidance for revenue to be between $130 million and $131 million) and "invest it later in the second half of the year primarily in Q3. Those additional investments will primarily be in our customer facing headcount and innovation and headcount-related innovation," said Losch. "So our expectation is the growth in headcount will accelerate in the second half of the year."

Headcount increased 40% year over year in the first half of the fiscal year. Investors, therefore, should expect even sharper growth in the second half of the period.

While headcount growth will drive operating expenses higher, the company's momentum with larger customers and a strong macro environment make up the perfect recipe for a time that investors should want Okta to be investing aggressively in the talent behind its business.