Investors reacted positively overall to Gilead Sciences' (NASDAQ:GILD) announcement earlier this year that Dan O'Day would be the big biotech's next CEO. O'Day claims a solid track record at Roche, most previously serving as CEO of Roche Pharmaceuticals.

After joining Gilead in March, O'Day has already begun to make his mark on the company's direction. He sat down at the Morgan Stanley Global Healthcare Conference on Tuesday to talk about that direction. Here are four questions O'Day answered that are key to where Gilead is headed. 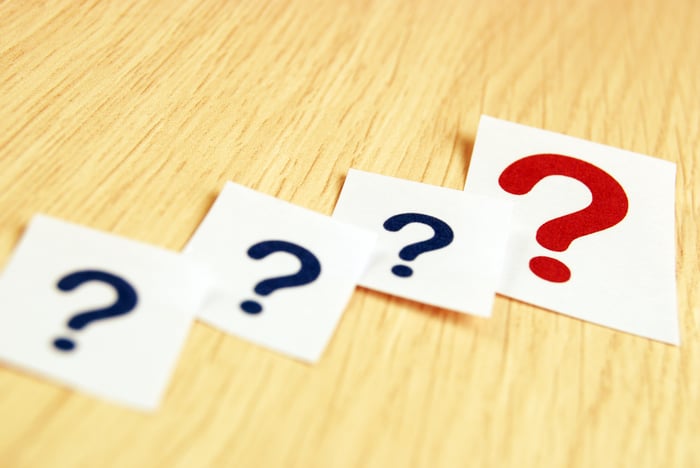 1. Is oncology a core therapeutic area for Gilead?

It might be surprising that one of the first questions for O'Day was about Gilead's commitment to oncology. After all, the company acquired Kite Pharma in 2017 and now stands as a leader in cancer cell therapy. O'Day also has experience in oncology from his Roche days.

But nearly all of the big drugmakers are already competing in the oncology market. These companies have a lot more experience in cancer research than Gilead does. It's a fair question to ask O'Day if Gilead's buyout of Kite is a one-off sideline deal or if the company plans to really throw its efforts into establishing a major presence in oncology.

O'Day flatly declared that he's "fully committed to cell therapy." He said that it's an area where Gilead would remain a leader and that the biotech would pursue using cell therapy to target other types of cancer, including solid tumors.

Reading between the lines, though, it sounds like Gilead will probably be very cautious about moving into other approaches to cancer treatment. O'Day acknowledged that he's "sobered by the level of investment required" to compete in the oncology market, noting that there are "a lot of smart people" at big companies in the arena.

2. Will Gilead throw in the towel on HIV after Biktarvy?

Another perhaps surprising question for O'Day related to Gilead's HIV franchise. The company rose to success on the back of a string of HIV drugs. But could Gilead throw in the towel on HIV after Biktarvy loses patent exclusivity? Last year at the Morgan Stanley conference, former CEO John Milligan said that Biktarvy would probably be the last HIV pill from Gilead.

O'Day was more upbeat. He emphasized that Gilead "hasn't taken its eyes off the ball" with respect to HIV at all. For one thing, O'Day thinks there's a lot more to do with Biktarvy, which doesn't lose patent protection until 2033. He also mentioned the tremendous potential for pre-exposure prophylaxis (PrEP), where Gilead has penetrated only 20% of the market.

More importantly, though, Gilead still has two unmet goals with respect to HIV: a long-acting therapy and a cure for the disease. O'Day said that the company remains committed to both goals, stating that he is "very bullish about the durability of the HIV business at Gilead" over the short, medium, and long term.

3. How can Gilead compete in a crowded inflammation market?

Gilead has high hopes for filgotinib in treating inflammatory diseases. The company announced in July that it plans to file for U.S. approval of the drug this year. Gilead hasn't marketed an inflammation drug before. It's about to jump into a crowded and highly competitive market. Can the biotech be successful?

O'Day admitted that his "eyes are wide open on this one." It is a brand-new therapeutic area for Gilead and an area, like oncology, with several big players that dominate the market. However, he said that his confidence in filgotinib's ability to succeed stems from its great efficacy and tolerability. O'Day acknowledged that Gilead wouldn't have been able to overcome "a marginal product profile" but should be able to win with filgotinib's strong profile.

4. Is NASH still a major area of focus?

Gilead hasn't had much success so far with its nonalcoholic steatohepatitis (NASH) program. Lead NASH candidate selonsertib flopped in late-stage clinical studies. Could NASH be an area that Gilead could abandon?

O'Day's reply to this question was a nuanced one. He first stated that Gilead is committed to its current NASH programs, which include FXR agonist cilofexor and ACC inhibitor firsocostat. He also said that he likes that Gilead is targeting a disease with a really high unmet medical need and has the opportunity to be best in class at treating NASH.

However, he seemed to hedge a bit by stating that the biotech's current testing of combination therapies "will be telling as to where our strategy goes from here." O'Day said that depending on the outcomes of these clinical studies, Gilead would either "accelerate or regroup."

Investing in biotech stocks comes with some level of uncertainty. That's because the world in which biotechs like Gilead operate isn't always black and white. Sometimes, the right answer to a question about what's next is: "It depends." That's basically how Dan O'Day answered the question about the company's NASH efforts. And it was a good answer.

Actually, I think that all of O'Day's answers were good ones. My view is that it's a smart move for Gilead to be very selective about what it does next in the oncology space. The company is leading in cell therapy, so building on that lead makes sense instead of venturing into new territory.

I agree with O'Day's optimism about the prospects for filgotinib. My take is that the biotech's close alignment with Galapagos should pay off over the long run.

As for the HIV question, Dan O'Day's answer really didn't differ from what Gilead executives have been saying for quite a while. His bullishness about the company's HIV dominance appears to be warranted, in my view. O'Day will no doubt reveal more over time about the direction he plans to take Gilead, but so far I think he's making the right moves.