Amgen (NASDAQ:AMGN) is in a state of transition. The big biotech now faces declining sales for several of its older blockbuster drugs. But Amgen also has several new drugs on the market and more on the way that are quite promising. 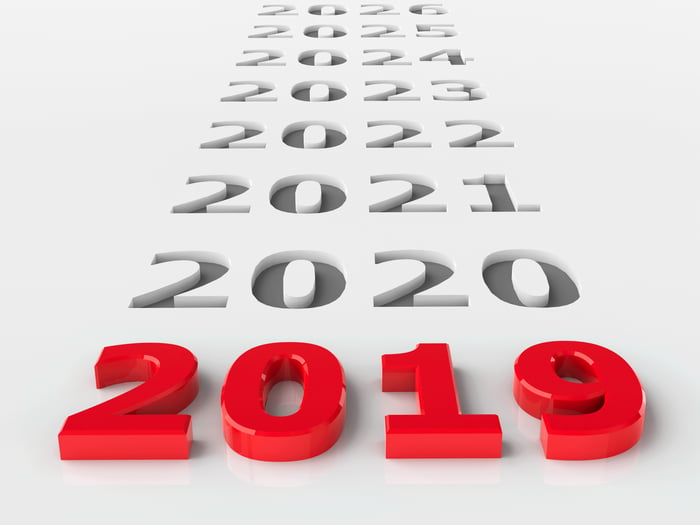 One of the biggest uncertainties with investing in pharmaceutical stocks right now is the potential for major changes impacting how companies price drugs. It didn't take long for questions about proposed changes in Washington, D.C. to come up at the Morgan Stanley conference.

Bob Bradway said that "it would be surprising if nothing happens at the end of the day," adding that the big question was when that "end of the day" would actually arrive. He stated that Amgen is advocating for changes that lower the out-of-pocket costs for patients. That stance is understandable since it would likely involve the least painful changes for Amgen.

However, David Meline noted that the company expects to see a "tougher pricing environment" going forward. He said that Amgen isn't assuming that it will be able to increase drug prices each year on an ongoing basis. But he also expressed confidence that the biotech is "in a good position to be successful in a changing environment."

Bradway was enthusiastic about Amgen's recent deal to buy psoriasis and psoriatic drug Otezla from Celgene. He stated that acquiring Otezla was "a unique opportunity" unlike any that he has seen over the last several decades. Bradway said that the drug is a "very good strategic fit" for Amgen. But while deals to buy established blockbusters that fit hand-in-glove with Amgen's portfolio like Otezla aren't likely to come along very often, the company is clearly looking to make more acquisitions.

Meline said that Amgen will "still be in the game" for attractive business development deals even after the Otezla purchase. He noted that the company has plenty of cash to invest in promising opportunities. He expects that Amgen will continue to look at potential acquisitions and other business development deals in all the areas the company currently has a commercial or scientific presence and across all stages of development.

Amgen currently has 35 programs in its pipeline, including three biosimilars. The biotech's pipeline is heavily weighted with early stage candidates. Bradway spoke the most about experimental KRAS inhibitor AMG510. Amgen recently announced data from a phase 1 study of the drug that found that a 960 mg dose of the drug kept non-small cell lung cancer (NSCLC) from progressing in 100% of patients, with tumors shrinking in more than half of the patients.

It's still early, though, and some investors weren't overly impressed with the phase 1 results. Bradway said that Amgen is rapidly enrolling patients in a phase 2 study of AMG510. He also noted that the drug has demonstrated potential in other types of cancer.

You might expect that Amgen's CFO would play up how the company has rewarded shareholders through stock buybacks and dividend increases. And that's exactly what David Meline did. Meline also stated that Amgen is "committed to not sit forever with excess cash," a reference to the company's cash stockpile of close to $21.8 billion.

It wasn't just Meline talking about buybacks and dividends. In Bradway's opening comments at the Morgan Stanley conference, he underscored that Amgen is committed to returning capital to its shareholders through more buybacks and higher dividends. He stressed that the deal to buy Otezla doesn't change these priorities at all.

Meline acknowledged that Amgen is undergoing a transition as its legacy products face increased competition. However, he said that the company is managing this transition well, with products such as Prolia and Xgeva generating strong growth along with increased contributions from cholesterol drug Repatha and migraine drug Aimovig.

He thinks that adding Otezla to the mix will make Amgen's product lineup even stronger. With all of this and several pipeline opportunities in the relatively near future, Meline said that it all "adds up to a nice growth profile" for Amgen. He stated that the company is "quite encouraged" as it looks forward to 2020.