Shares of the small-cap biotech Dynavax Technologies (NASDAQ:DVAX) gained a stately 48% over the course of August, according to data from S&P Global Market Intelligence. What event sparked this sizable uptick?

On Aug. 7, the stock began churning higher in response to the company's second-quarter earnings report. Even though Dynavax reported a staggering $42.7 million net loss for the three-month period, investors were apparently more concerned about the current state of Heplisav-B's ongoing commercial launch. Heplisav-B is a vaccine approved by the Food and Drug Administration as a preventative treatment for hepatitis B. It is also the company's only FDA-approved product. 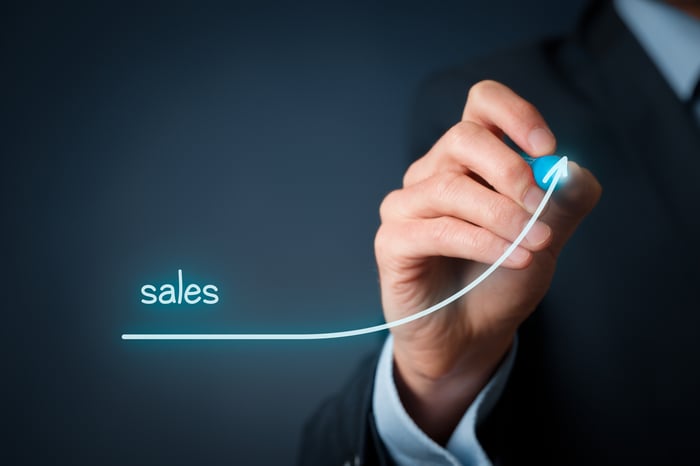 The biotech reported that the vaccine's sales came in at $8.3 million for the second quarter, representing a healthy 48% increase relative to just the first quarter of 2019. Thus, it appears that Heplisav-B's commercial launch is finally starting to gain some much-needed momentum. That said, the vaccine's sales are still rather modest in absolute terms, especially in light of Wall Street's initial peak sales estimates ranging from $600 million to $750 million prior to its launch less than two years ago.

The good news is that Heplisav-B's sales should start to pick up in a big way from here on out. Wall Street's current consensus estimate suggests that the vaccine's sales could grow by as much as 138% in 2020 over the company's own high-end projection for 2019.

Before investors get too excited, though, there is the matter of Dynavax's weakening financial condition because of these hefty quarterly losses. While the company is attempting to rein in spending to address this issue, Dynavax may need to continue to tap the public markets on a fairly regular basis for perhaps the next two years. That fact shouldn't necessarily deter investors from owning this stock, but it is a risk factor that shouldn't be brushed off, either.