Shares of Etsy (NASDAQ:ETSY) dropped 21.2% in August, according to data from S&P Global Market Intelligence, as the market reacted to the vintage- and handmade-centric e-commerce site's second-quarter results.

To be sure, virtually all of Etsy's plunge came at the start of last month, with the stock down 20% in the two trading days after its quarterly update hit the wires. But that's not to say Etsy's performance looked bad at first glance. 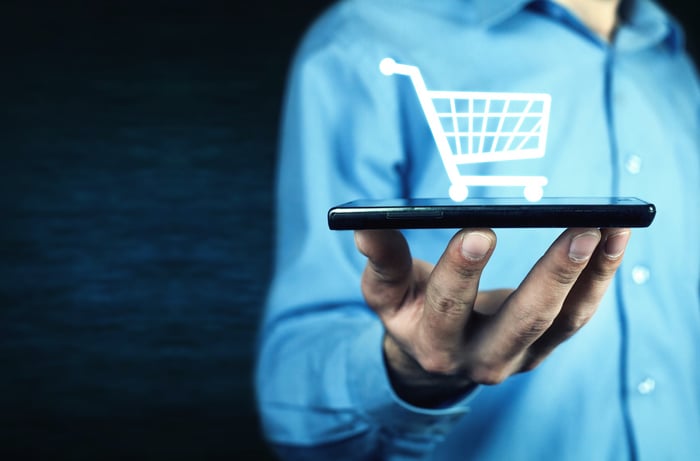 To the contrary, Etsy's second-quarter revenue grew 37% year over year to $181 million, translating to net income of $18.2 million, or $0.14 per share (up from $0.03 per share a year earlier). Analysts, on average, were modeling slightly lower earnings of $0.13 per share, but on slightly higher revenue of $183 million.

So why the decline?

First, it's worth keeping in mind Etsy stock was already up 45% year to date leading into its announcement, leaving some traders more than willing to take profits on the heels of a technically mixed report.

To blame for the latter, according to Etsy management during the subsequent conference call, was the "short-term absorption of zero-margin revenue" stemming from the company's new unified advertising platform. Over the longer term, however, that platform should also allow the company to make greater investments toward "upper-funnel" marketing channels (think television and digital video) to increase brand awareness and -- in turn -- drive incremental growth over the longer term.

For investors willing to buy on the pullback and watch this story play out, I think Etsy could be one of the most compelling portfolio candidates our market has to offer today.