Tough times continued last month for packaged foods giant Kraft Heinz (NASDAQ:KHC) as the company posted another atrocious earnings report, indicating that the troubles it's seen throughout the year, which include accounting inconsistencies, a dividend cut, and sliding sales, are far from over.

The stock finished down 20% in August, according to data from S&P Global Market Intelligence. 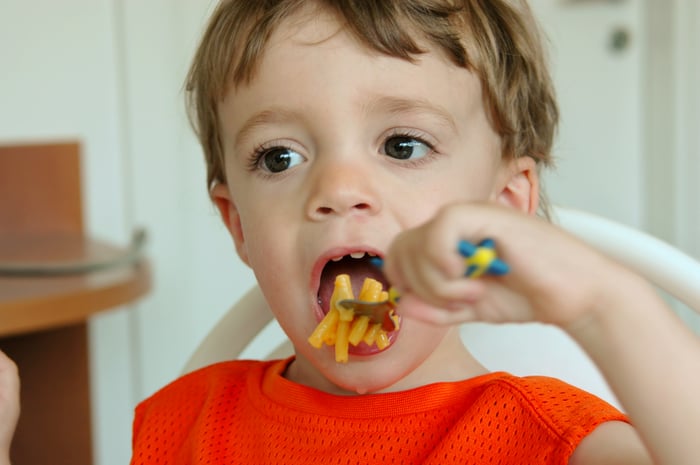 As the chart below shows, the slide came after the company released its preliminary results for the first half of 2019. 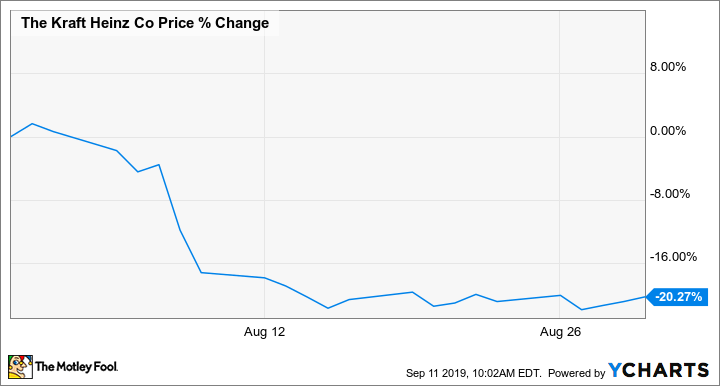 After delaying its first-quarter earnings report in May to restate financial statements from 2016 and 2017, Kraft Heinz finally released preliminary first-half results on Aug. 8. The results only confirmed the company's myriad challenges, and the stock fell 8.6% on the news after losing as much as 14% during the session.

Sales for the first half fell 4.5% to $12.4 billion, and organic sales, which strip out the effect of currency exchange, divestitures, and acquisitions, slipped 1.5%. Operating income plunged 54.6% to $1.3 billion due to a massive $15.4 billion writedown earlier in the year in the value of several of its brands. Adjusted earnings per share also fell 24% to $1.44, showing that profits are quickly evaporating, even excluding that writedown.

Kraft Heinz also pulled its full-year outlook, a sign that its future is so murky that it doesn't even want to venture a forecast. CEO Miguel Patricio, who took the helm in April following the asset impairment, called the results unacceptable.

However, that wasn't the end of the company's troubles for the month. The day after Kraft Heinz reported earnings, the stock slipped another 6% as analysts lambasted the stock and lowered their ratings and price targets. Later, the company said it would lay off 400 corporate employees, resulting in $27 million in charges, and was fined $16 million by the Commodities Futures Trading Commission over wheat price manipulation.

Finally, the S&P said it could cut the food-maker's credit rating to junk status, which would raise rates on future debt the company raises and make any refinancing more difficult. The company has about $30 billion in debt.

Analysts keep declaring that the company has hit "rock bottom," but Kraft Heinz keeps finding new ways to go lower. The stock is down 66% over the last three years, a phenomenal collapse for a company of its size.

To make matters worse, the company's brand portfolio seems utterly out of step with the changing tastes of younger consumers. Counting on brands like Oscar Mayer, Velveeta, and Cool Whip to drive a comeback in an era when millennials are reaching for organic and natural products seems like a terrible strategy.