It's now been just over four months since Uber (NYSE:UBER) went public, which was one of the most highly anticipated IPOs of 2019. When companies go public with a traditional IPO, they raise boatloads of capital that ideally should help fund growth going forward.

In Uber's case, it raised roughly $8 billion in net proceeds from the offering after deducting underwriting discounts and commissions. On top of that, Uber raised another $500 million through a private placement with PayPal that closed just days after the IPO. The ridesharing leader also received another $1 billion from Toyota, Softbank, and Denso in July after a previously announced investment closed. 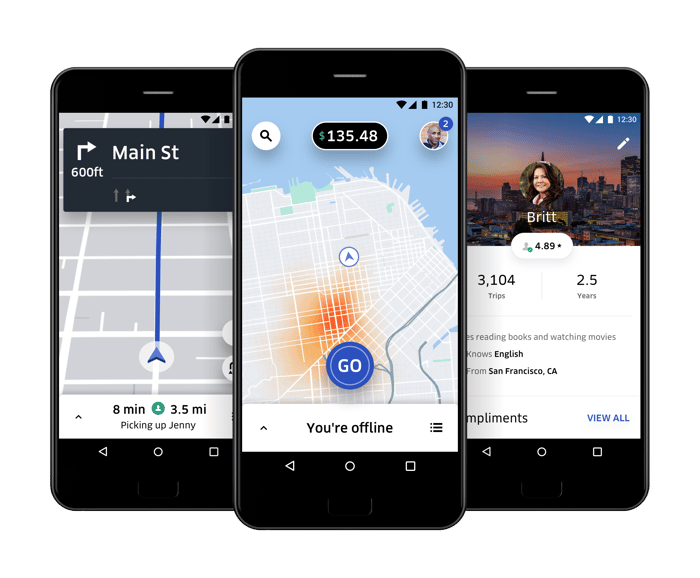 You might think that raising nearly $10 billion since May would be enough cash to satisfy Uber's capital needs for a while. You'd be wrong.

Uber this morning announced a new proposed $750 million senior notes offering that will come due in 2027. The paper will be offered to institutional investors and will not be available to public investors. The company says that it intends to use the proceeds from the offering to fund part of its purchase of Careem, the $3.1 billion acquisition announced in March. Careem is a popular ridesharing platform in the Middle East and North Africa (MENA).

The purchase will be funded with $1.7 billion in convertible notes and $1.4 billion in cash. Raising $750 million in senior notes to fund the cash portion of that transaction will effectively mean Uber is funding a greater proportion of the acquisition with debt, even though Uber finished the second quarter with $13.7 billion in cash and cash equivalents (including restricted cash).

Note that the $1 billion raised from Toyota, Softbank, and Denso wasn't received until after the close of the second quarter.

Uber's core business famously burns cash at astounding rates: Operating cash flow in the first half of 2019 was negative $1.6 billion. In an effort to cut costs, Uber announced earlier this week that it would be laying off 435 employees within its product and engineering divisions, representing around 8% of its global workforce. That was actually the second round of layoffs this year -- Uber had laid off 400 workers on its marketing team in July.

Another significant development from this week that has massive implications on Uber's cost structure and cash burn rate was that the California Senate passed a new law that would require many gig-economy tech platforms to classify workers as employees. That would make Uber drivers entitled to various benefits like health insurance and overtime pay, among others.

The bill, known as Assembly Bill 5, is headed to Governor Gavin Newsom's desk to sign, and Newsom has signaled his support for the legislation. Uber Chief Legal Officer Tony West has already made the flimsy argument that its independent contractor drivers are not core to its business, which has already prompted at least one proposed class action lawsuit.

Uber's going to need all the money it can get.