Correctly labeling cannabis products for the amount of tetrahydrocannabinol (THC) and cannabidiol (CBD) is important for users, especially patients, to ensure that they are consuming the correct dosages. The challenge, however, is that chocolate cannabis products are making that a lot more difficult.

The research was, unfortunately, unable to uncover the key ingredient in chocolate that was distorting THC levels to determine what other products might result in similar issues. For instance, further research is planned to look at chocolate chip cookies to see if there are similar problems uncovered there as well. It's important to note that this testing didn't look at CBD, as that may also be an area of concern. 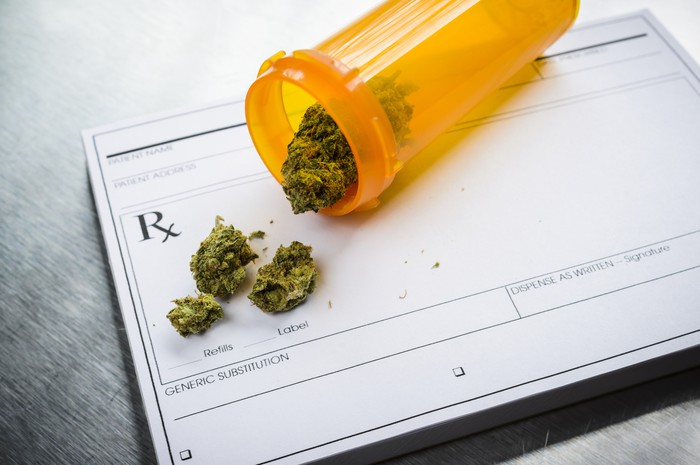 Edibles are a challenge for the industry

One of the biggest dangers with consuming edible marijuana products is that often their effects, like the feeling of being high, aren't felt right away. Someone may consume an edible product thinking they can handle more since they don't initially feel the high. However, because it may take at least half an hour to notice the drug's effects, the danger is that during that time, someone may consume more and when the high sets in, they could be in for pain, discomfort, and panic. Overdosing on edibles can be easy to do, especially for new users who aren't aware that they have to wait to feel its effects.

Accurate labeling of these products is vital to ensure consumers know what they are consuming. Labels are important not only for recreational users, but also for medical marijuana patients so they know they are taking the proper dosages. Patients often prefer edibles to smoking dried flower because of the ability to more easily control their portions. Instead of trying to estimate how much was inhaled by smoking cannabis, it's a lot easier to count portions in terms of gummy candies or pieces of chocolate. The taste also makes it more appealing.

However, with more people going to emergency rooms as a result of consuming edibles, that's only going to become a bigger problem as more parts of the world legalize cannabis. That means it's going to be even more important for regulators like the U.S. Food & Drug Administration and Health Canada to stay on top of the industry to ensure that labels on products are correct.

One company that's investing in the chocolate edibles craze

OrganiGram Holdings (NASDAQ:OGI) is looking at the chocolate cannabis market. Earlier this year it spent CA$15 million on a production line that would allow the company to produce 4 million kilograms of chocolate cannabis products every year. It's for good reason, too, as edibles have been on the rise, making up 15% of the consumable cannabis segment in the U.S. in 2018. There's a lot more growth expected, with research firm BDS Analytics projecting that by 2022, edibles will account for $3.4 billion in sales. With chocolate being the third-most-popular category in edibles, behind tinctures and candy, that could mean a lot of growth for OrganiGram and other companies looking to produce similar products.

OrganiGram won't be able to tap into that growth in the U.S. just yet, but edibles could gain similar traction in Canada once the edibles market opens up before 2020. Once that happens, the company could be a big player in that segment of the overall cannabis market, potentially paving the way for entry into the  U.S. market once it's legal to do so.

While many cannabis companies have set their sights on beverages and other edible products, OrganiGram has been one of the few to narrow in on chocolate, which could pay off. The challenge for the company will be how it deals with ensuring that its labels are accurate and that consumers are getting exactly what they ordered.