These three biotech stocks could be great buys this month.

Biotech stocks rarely perform well during the summer months, and 2019 has proven to be no exception in regards to this historical pattern. The iShares Nasdaq Biotechnology ETF, for example, has fallen by nearly 2% since the official start of summer.

The values of biotech equities, however, do generally start to pick up as the year winds down. The underlying reason is that the latter part of the year is chock-full of key data readouts, regulatory decisions, and thousands of scientific conferences across the globe. 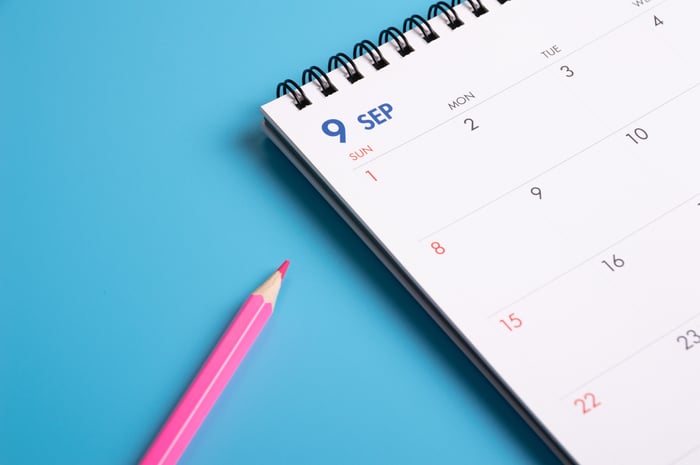 Which biotech stocks are worth buying in September ahead of these industrywide tailwinds? Investors may want to consider adding Catalyst Pharmaceuticals (CPRX 3.96%), EyePoint Pharmaceuticals (EYPT 0.18%), and Forty Seven (FTSV) to their portfolios this month. Here's why.

Brace for another move higher

Catalyst Pharmaceuticals is a small-cap biotech developing treatments for rare diseases. In November 2018, the Food and Drug Administration approved the biotech's first medication Firdapse, a drug indicated for a rare muscular disorder known as Lambert-Eaton myasthenic syndrome (LEMS). This landmark approval sparked a massive uptick in the drugmaker's shares over the first four months of 2019.

Catalyst's rally, however, was temporarily put on hold in early May. Long story short, the FDA's decision to green light a rival LEMS medication essentially sucked all the wind out of Catalyst's sails. Less than two months later, though, the company's decision to file a civil suit challenging this controversial approval caused the drugmaker's shares to resume their march northward.

Catalyst's roller-coaster ride was far from over, however. Last week, the biotech's shares dipped yet again in response to a proposed secondary offering announced last Thursday. After an apparent change of heart, Catalyst's management decided to nix the offering ahead of the opening bell on Friday, but the damage had clearly been done. In effect, the biotech seemed destined to hit $8 a share before the end of last week, but instead, it closed at $6.21 per share on Friday.

The good news is that investors' discontent over this ill-advised secondary offering should fade with time. Catalyst's stock, in turn, appears poised to mount a third major rally this year, which could get underway as early as this week. Therefore, investors comfortable with risk may want to take advantage of this latest volatility in Catalyst's shares.

This biotech stock is absurdly cheap

EyePoint's stock could be another big winner in September for two reasons. First off, Eyepoint's top line is set to grow by leaps and bounds over the next few years due to the dual commercial launches for the chronic non-infectious uveitis treatment Yutiq, and the long-lasting postoperative ocular inflammation medicine Dexycu, earlier this year. In fact, Eyepoint's shares are presently trading at only a little over two times next year's projected revenue, which is dirt cheap for a commercial-stage biotech.

Secondly, Wall Street has started to take notice of this undervalued biotech of late, thanks to its rapidly improving outlook. For instance, the research firm Guggenheim raised its price target on the stock to $4 last week. Guggenheim, in effect, is calling for Eyepoint's shares to rise by a stately 114% over the next 12 months.

While analyst price targets should always be taken with a huge grain of salt, Eyepoint does appear to be deeply undervalued based on Yutiq and Dexycu's combined commercial opportunity. Thus, this small-cap eye care specialist may indeed be worth picking up this month.

Since its IPO approximately 15 months ago, the clinical-stage cancer immunotherapy company Forty Seven, Inc. has lost nearly half of its value. The underlying reason is that the biotech's lead anti-CD47 antibody, 5F9, is at least two full years away from a possible regulatory filing. Meanwhile, the therapy still needs to pass muster in registration-enabling trials for myelodysplastic syndromes (MDS) and diffuse large B-cell lymphoma (DLBCL), which is far from a sure thing given the exceptionally high failure rate of late-stage cancer therapies in general.

So, why should investors consider buying this small-cap cancer immunotherapy stock right now? In brief, Forty Seven is trading at a tiny sliver of 5F9's enormous commercial opportunity. As a novel treatment for both MDS and DLBCL, 5F9 should be able to rack up well over 1 billion in annual sales in the next decade, and this figure could jump significantly if the company can successfully integrate the antibody into a potent combination therapy for these two high-value blood disorders.

In all, Forty Seven's stock could turn out to be grossly undervalued at current levels. That being said, early-bird investors still shouldn't buy more than they can afford to lose. Forty Seven's core value proposition, after all, remains largely on the speculative side at this point.