Please ensure Javascript is enabled for purposes of website accessibility
Log In Help Join The Motley Fool
Free Article Join Over 1 Million Premium Members And Get More In-Depth Stock Guidance and Research
By Keith Speights – Updated Sep 16, 2019 at 7:01AM

Great business models. Great growth prospects. Great moats. These three stocks check off all the boxes for buying and holding for years to come.

Longevity. It's what every investor should want when buying a stock. Why even consider investing in shares of a company that isn't solid enough to hold for the long term?

There are many stocks that don't deserve to be in your portfolio because their business models are too shaky. However, I think there are some stocks that have longevity written all over them. Here's why Alphabet (GOOG 3.28%) (GOOGL 3.13%), Disney (DIS 2.97%), and Vertex Pharmaceuticals (VRTX 2.73%) are three top stocks that you can buy and hold throughout the next decade and beyond. 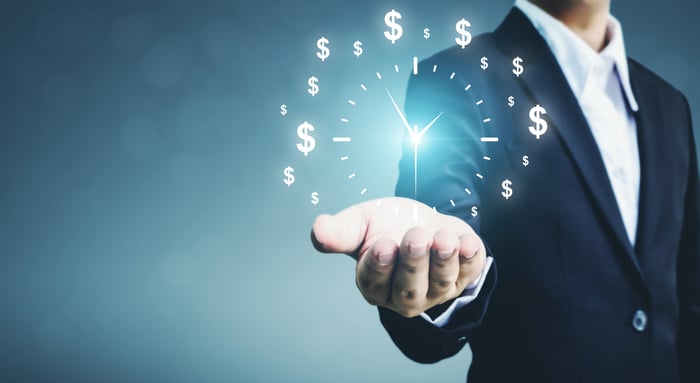 The company's success has enabled it to build up a cash stockpile of $121 billion. Alphabet's free cash flow over the last 12 months topped $20 billion. It has so much money that the company recently announced a massive share buyback of $25 billion -- more than enough to buy any company in the bottom half of the S&P 500 index.

In addition to buying back shares, Alphabet continues to invest in areas that could change the future. The company's Waymo self-driving car technology subsidiary is a great example. Alphabet could also shake up the healthcare world with its Verily unit developing products including miniature continuous glucose monitoring systems and molecular maps of inflammatory diseases and its Calico subsidiary working to extend the human life span.

I don't think any company will be able to stop Alphabet's momentum over the next decade. But could antitrust regulators hurt Alphabet? It's possible that the company could be split up, but I suspect the odds are against anything so drastic. Even if it does happen, though, my take is that the sum of Alphabet's parts could be worth more than the company is today. Either way, this juggernaut is a keeper.

There's no question that Disney commands an entertainment empire. The company's TV networks, including ABC, Disney Channel, and ESPN, reach hundreds of millions of viewers. Seven of the top 10 largest-grossing movies of all time were made by studios owned by Disney. And, of course, Disney's theme parks attract millions of visitors every year.

Disney's acquisition of 21st Century Fox gives the company an even greater content portfolio. Although this megadeal negatively impacted Disney's earnings in its latest quarter, it also enabled the company to deliver impressive year-over-year revenue growth of 33%.

The vast array of movies and TV shows owned by Disney should be a major draw for the company's Disney+ streaming service that launches in November. Disney's decision to price Disney+ as low as $6.99 per month and its plans to introduce bundled offerings that include Disney+, ESPN+, and an ad-supported version of Hulu for $12.99 per month could vault the company into the lead position in the streaming market.

Sure, the company faces challenges. Its TV networks continue to experience the effects of cord-cutting. An economic recession could cause some customers to cut back on vacation spending, hurting its theme parks businesses. But the long run continues to look very bright for Disney, in my view.

Vertex Pharmaceuticals might seem like a surprising choice to include in a list of stocks to buy and hold for the next decade. Investing in biotech stocks can be quite risky, with the potential for clinical failures, regulatory setbacks, and new competitors. But I think Vertex looks like a biotech stock you can hang onto for the long term.

The company currently dominates the cystic fibrosis (CF) market with its three approved drugs Kalydeco, Orkambi, and Symdeko. Those drugs allow Vertex to treat around 39,000 patients, with potential label expansions bumping that number up to 44,000 patients.

However, Vertex awaits U.S. Food and Drug Administration (FDA) approval in March 2020 for a triple-drug combination of VX-445 (elexacaftor), tezacaftor, and ivacaftor. This combo should expand the addressable CF patient population by nearly 55% to 68,000. That leaves only 10% of CF patients without a treatment -- but Vertex is working on gene-editing therapies with its partner CRISPR Therapeutics to help those patients, too.

No other company is even close at this point to challenging Vertex's virtual monopoly in CF. Vertex is also hoping to move into treating other diseases, with experimental drugs in development targeting rare genetic diseases such as alpha-1 antitrypsin deficiency (AATD), beta-thalassemia, Duchenne muscular dystrophy, and sickle cell disease, as well as a not-so-rare problem -- alleviating acute pain. Success in just one of these areas could turbocharge Vertex's growth over the next decade even more.