Please ensure Javascript is enabled for purposes of website accessibility
Log In Help Join The Motley Fool
Free Article Join Over 1 Million Premium Members And Get More In-Depth Stock Guidance and Research
By Daniel B. Kline - Sep 16, 2019 at 8:16AM

It has been a frustrating, expensive journey.

When Apple (AAPL -0.52%) released its first smartwatch, I got one -- ostensibly for fitness reasons, but partially because it seemed like a product that would change my life. It did not, and after a few months of wearing it I relegated it to a drawer in my desk. Apple Watch -- the early model at least -- simply wasn't that useful. Getting text messages on my wrist, for example, was not that valuable when it only worked when my phone was nearby.

For a long time, that ended my smartwatch experiment. That changed in July when I decided to make a serious commitment to getting into some semblance of shape. I hired a trainer, set some basic goals, and decided that a fitness tracker would help me attain those goals.

That began the next step in what became an expensive, frustrating journey. 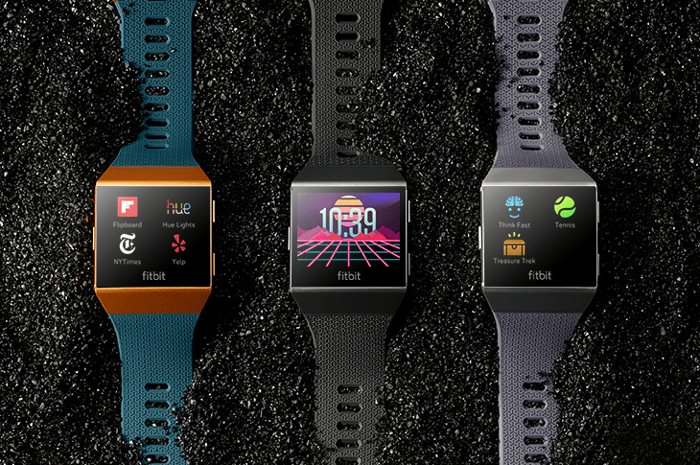 Watch me get fit?

Since my main concern was tracking activity, I started with a dedicated fitness tracker, the Fitbit Inspire. That's a pretty basic model that costs under $100 and shows you steps taken, tracks your heart rate, and gives you some other fitness stats (along with the time). It's waterproof and was almost an immediate hit.

The Inspire comes with two sets of bands: one for larger wrists and one for smaller wrists. The one I bought while walking around a mall was sold with the smaller bands on, and I had to change one side of the band to put the longer one on. That sounds like it should be easy. It wasn't, and it took me 45 minutes of quietly swearing while looking up "how-to videos" online before the pins fell into place. A second band purchased online was online slightly easier, and when a piece of it broke off after a few weeks I decided to cut my losses since I was also frustrated by the small screen and seeing the readout in sunlight.

To replace my sort-of-broken fitness tracker, I upgraded to a Fitbit Versa ($170) smartwatch. This offered roughly the same functionality but with a bigger screen, but it had the same band-related problem. Neither my wife nor I could get the included band to click in. A second one purchased online came with a band-changing tool (sort of a little stick to jab it in), and after about half an hour I made the band fit.

I loved the Versa. It's light, tracks fitness well, and it sits very flat on your wrist, making it easy for a non-watch wearer to get used to. The band issue, however, made it impossible to regularly change from less formal to more formal bands, so I decided I would go back to the Apple Watch.

While Apple is on Watch 4 (with 5 coming very soon), I opted for a 3 with GPS. I bought it refurbished for $229.95. On the plus side, the Apple Watch lets you change bands really easily (and it seems odd that Fitbit would not use similar technology).

Unfortunately, that's the only thing I liked about the newer Apple Watch. Apple has taken something simple -- fitness tracking -- and made it too complicated. It does not show steps on the watch screen (though there are apparently some third-party app workarounds for that), instead opting for a series of colored circles that fill in as you meet goals.

To get to steps I had to make a couple of swipes on the watch screen. That's a major waste of effort for something I look at hundreds of times a day. The Apple Watch was also a bit bulky, and while the Fitbit models could go four or five days without charging, the Apple Watch needs to be charged daily.

And we have a winner

At this point I considered giving up, but instead decided that since I liked the Fitbit's functionality but not its execution, I would give the brand one more chance. I did my homework and ordered a Fitbit Ionic smartwatch ($232.99). It uses a somewhat better variant on the company's terrible watch-band technology, making it possible and less maddening to change bands.

The Ionic has a very clear, easy-to-read display that shows steps, heart rate, the time, and how many minutes I have exercised. It's a tad bulkier than I would choose, but it's thinner than the Apple Watch.

After spending about $800 not counting my original Apple Watch, I've found a fitness tracker I mostly like. Ideally, Fitbit will fix the bands on the Versa and I'd buy the next model of that -- but the Ionic mostly checks off all the boxes, even if I'm more aware of wearing it than I would like to be.