Spending money on innovation is necessary, and spending it wisely can be the key to a company's success.

It can be difficult to gauge the value of technology stocks. Their multiples are sometimes completely out of the norm, and nowhere near what investors pay for stocks in other industries. The high growth rates that many tech stocks achieve allow them to be treated differently than other, more conventional, stocks. However, finding a tech stock that may be able to achieve considerable growth and prove to be a good long-term buy requires investors to look a little deeper on a company's income statement.

How to judge if a tech company is spending correctly

One metric, arguably the most important one when it comes to the tech sector, is a company's research and development (R&D) expenditure. If there's one thing that tech companies spend a lot on, it's R&D: 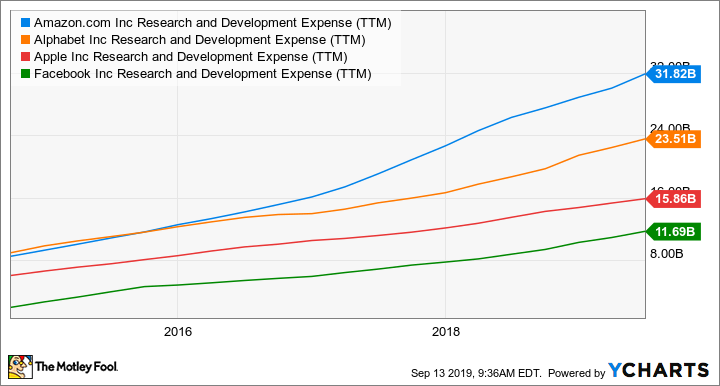 It should come as no surprise that tech giant Amazon.com (AMZN 2.18%) has spent more than its peers on R&D over the years. Always the innovator, Amazon has been constantly looking for ways to grow and expand its business, and that's what's helped it become such a highly coveted stock. After all, were it not for R&D, it's hard to imagine how the company would come up with new innovations to build up its business.

Another good example of the importance of R&D is Shopify (SHOP 2.60%). Although its R&D spending level is nowhere near Amazon's, it has been ramping up the amount it has been devoting to that area in recent years: 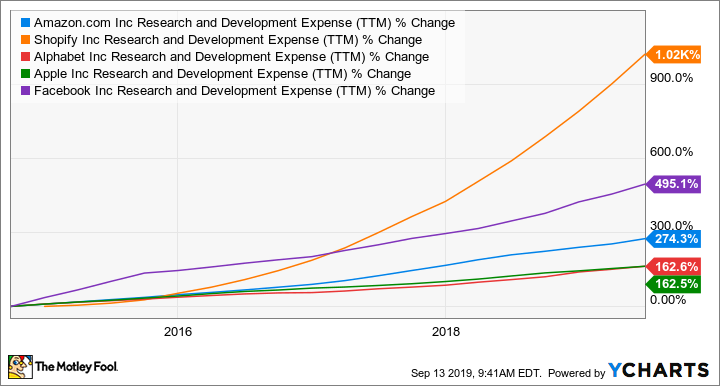 Amid all that innovation, Shopify's share price has also been going through the roof, at a pace well ahead of other big tech stocks: 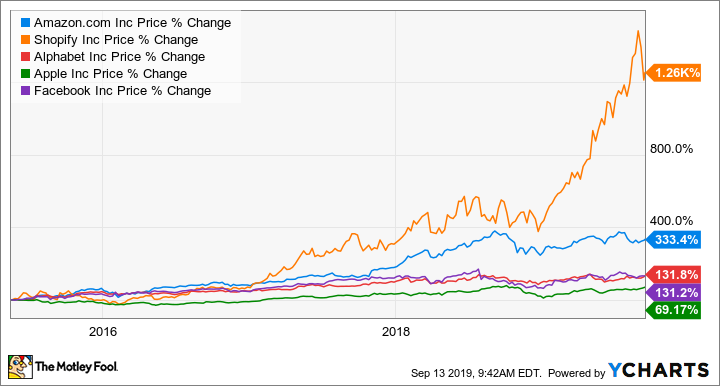 While it's not a one-to-one relationship, it does appear that the R&D spending has had a positive impact for Shopify and other companies. Augmented reality is one example of what Shopify has been looking to innovate and add value with, as it has created a much more sophisticated shopping experience for customers. The company's making a big move into fulfillment as well, looking to take on Amazon.

Beyond the numbers, investors should look at what's been produced

Anyone can throw money at a problem, but what sets a company apart is what it's able to produce. Circling back to Amazon, the company has made a lot of innovative products that have helped its business grow over the years. The Amazon Alexa voice assistant is perhaps one of the best examples of that, with more than 100 million Echo devices sold. Investors should be able to see at least some of the results of all that R&D spending to better gauge if it's been worth the money spent, rather than just thrown away for the sake of innovation. That doesn't mean there won't be failures along the way -- Amazon has no shortage of them. It's part of the innovation process. But what matters is that there are some good, quality products that are produced in the end.

One of the most important metrics for tech investors to consider is R&D, and how effectively those funds are being spent. Together, these numbers can be a good indicator of the company's commitment and seriousness when it comes to innovation.

In an era where some companies are relying more on subscriptions and on keeping the status quo, what sets other companies like Amazon apart is the willingness to find efficiencies and uncover technologies to improve the status quo. Those are the types companies that will have the most growth potential, and one way to uncover them is by looking at their R&D expenditures.