Alcohol-infused cold brew coffee has a lot of potential.

Pabst Brewing wasn't the first company to make an alcohol-infused coffee, but Pabst Hard Coffee is creating a big enough stir with consumers that major competitors are now entering the hard coffee market.

Molson Coors (TAP 0.85%) announced it is testing La Colombe Hard Cold Brew Coffee, a partnership between its MillerCoors division and La Colombe Coffee Roasters, in three states. It will come in two flavors, black (a cold brew mixed with baker's cacao) and vanilla (similar to black but with vanilla bean). These are likely the early entrants in a soon-to-be crowded market. 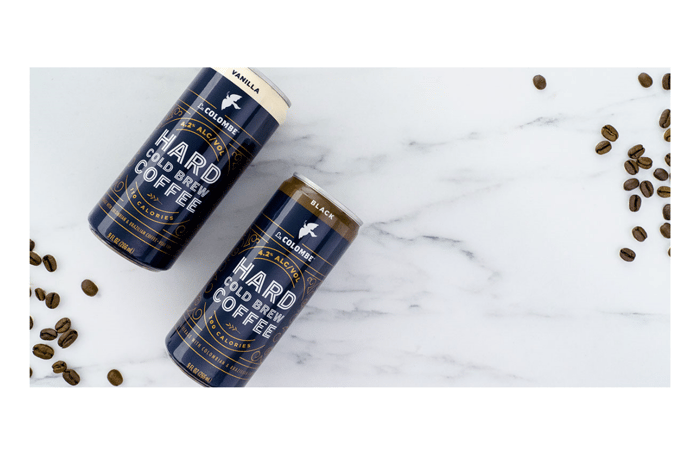 While there have been no official sales figures, anecdotal evidence suggests that since Pabst Hard Coffee was released in five test markets in July, the beverage, which has been said to taste like the classic Yoo-hoo chocolate drink but with a kick -- has been hard to keep on store shelves (my local packaged-goods shop concurs).

It was certainly an opportune time to introduce the drink. Data from Nielsen indicates ready-to-drink coffee products are surging in popularity, with dollar sales over the previous 52 weeks ending in July growing 16% over the year-ago period, hitting $3.1 billion. More than 1,000 new coffee products have been launched in the U.S. over the last 12 months.

The next wave of growth

Although the hard coffees from Pabst and MillerCoors are fairly similar, there are differences. Pabst doesn't note how much caffeine it has, but it does say it contains 5% alcohol by volume (ABV). It's sold in a four-pack of 11-ounce cans for around $10. La Colombe is also sold in a four-pack for $10, but they are nine-ounce cans, have 4.5% ABV, and 50 milligrams of caffeine.

In entering this new market, MillerCoors says it considered several options but decided upon partnering with an established coffee maker, and La Colombe was a "renowned third-wave coffee company." Third wave coffee is a movement to treat coffee as an artisanal product, instead of as a commodity. MillerCoors says that according to Nielsen, La Colombe's growth is outpacing the ready-to-drink coffee market as a whole, with sales growing 33% over the past year.

It admits there's little data available on the potential for the hard coffee market, but it believes La Colombe Hard Cold Brew Coffee will be "the perfect drink for many occasions, like weekend brunches, all-day events, and evening celebrations with friends."

Like hard seltzer, which has enjoyed enormous growth over the past year, hard coffee may be the next major niche for the alcoholic beverage industry

Seltzer was able to capitalize on the desire for a light, refreshing drink that was low in sugar and low in calories. Where hard soda initially soared, it eventually fell out of favor, because increasingly health-conscious drinkers were concerned about the high sugar content. While seltzer was expected to be a seasonal summer drink, it has shown much more strength year-round, and coffee is similarly consumed all year.

Hard coffee is very much a niche product now, but as more alcohol companies look for the next new drink to attract customers, your cup of joe could be seeing a major wave of innovation.