Less than a week after solar energy stock Enphase Energy (ENPH 3.29%) was rocked by a short attack from Citron Research, shares are rebounding in response to a positive report on the company's prospects, rising nearly 13% in early morning trading and still up 6.4% at 12:20 p.m. EDT on Monday.

You can thank J.P. Morgan for that. 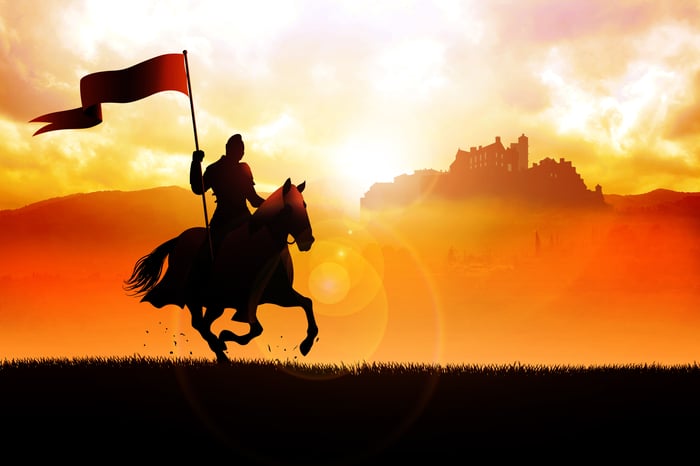 Last week, Citron made the case that the entry of Waukesha, Wisconsin-based power generation equipment producer Generac Holdings (GNRC -0.43%) into the market for residential solar inverters will disrupt Enphase's business, and potentially cost Enphase as much as 75% of its stock value.

Today, J.P. Morgan rebuts that argument, saying in an initiation at "overweight" covered on TheFly.com that Enphase is benefiting from new product introductions, industry tailwinds, improving profit margins, and international expansion opportunities. Far from being poised to fall, J.P. Morgan believes Enphase stock could surge as much as 36% over the next year to hit $32 a share.

Valuation, however, does remain a concern.

As optimistic as J.P. Morgan is about Enphase stock, the fact remains that at a trailing valuation of 245 times earnings, the stock is extremely richly priced. The good news is that the stock only costs about 25 times forward earnings -- but to make that multiple happen, Enphase is going to have to hit analyst earnings targets of $0.79 this year and $0.95 next year.

Considering the company has only produced per-share profits of $0.10 over the last 12 months, that's going to be a pretty high bar to clear.