As the market struggled for direction, investors sent shares of Kraft Heinz and Corning lower.

Shares of packaged food giant Kraft Heinz have been decimated over the past couple of years, down around 70% since early 2017. Weak results, massive write-offs, a dividend cut, and accounting issues have plagued the stock. Berkshire Hathaway owns a big chunk of the company, but Warren Buffett has admitted that he overpaid for that stake. Kraft Heinz stock was down about 4.2% at 2:45 p.m. EDT. 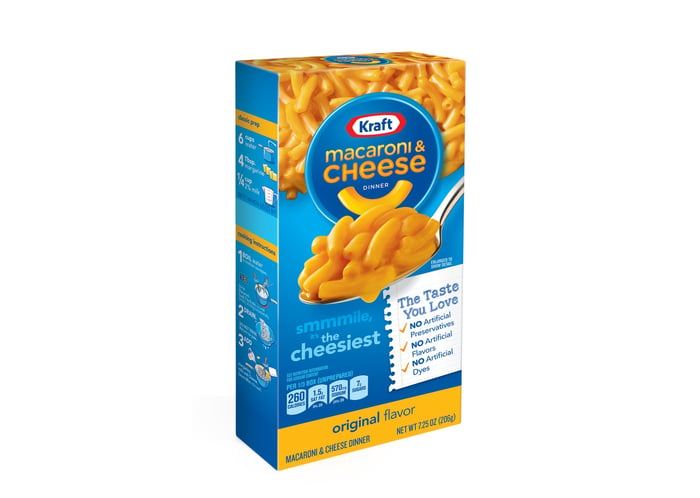 While Buffett is sticking with Kraft Heinz, other major shareholder 3G Capital is unloading a portion of its stake. Kraft Heinz disclosed in a filing with the SEC on Monday that 3G had sold more than 25 million shares at a price of $28.44 per share. 3G still owns 245 million shares of Kraft Heinz following the sale, good for a 20.1% stake. In a separate transaction, 3G co-founder Jorge Paulo Lemann acquired about 3.5 million shares.

Kraft Heinz has been struggling. First-half sales slumped 4.8% year over year, and adjusted earnings per share tumbled nearly 24%. The company wrote-off more than $15 billion of intangible assets earlier this year, but there's plenty more that could be written off in the future if the turnaround doesn't materialize.

Kraft has plenty of well-known brands, but the company is weighed down by excessive debt and a difficult competitive environment. The company's heavy focus on improving the bottom line in recent years has likely done damage to those brands; staging a recovery won't be easy.

Specialty glass company Corning reduced its outlook for two of its segments on Tuesday, prompting the stock to shed 7.5% by 2:45 p.m. EDT.

For the display technologies segment, which manufactures glass substrates for LCD screens, Corning is seeing several customers reducing utilization rates. The company now expects volume in this segment to decline by a high single-digit percentage in the third quarter on a sequential basis. Corning expects this correction to be temporary, with a utilization increase in the first half of 2020.

In the optical communications segment, Corning is seeing several major carriers reducing capital spending on cable deployments and fiber-to-the-home projects. The company now expects sales to decline by a low-teens percentage year-over-year, compared to a previous outlook that called for a low single-digit percentage decline.

For the full year, Corning now expects optical communications revenue to drop by 3% to 5%. Previously, the company expected a low-to-mid single-digit increase. In response to lower demand, Corning is making capacity adjustments, reducing operating expenses, and slowing the pace of capital projects.

With trade war and recession fears still on investors' minds, Corning's weak outlook could spell big trouble for the stock.