Shares of Roku just lost more than a tenth of their value on news about a streaming player you've probably never heard of -- and are unlikely to ever use.

Comcast (CMCSA -0.13%) is getting serious about streaming TV. One day after the company announced its new Peacock streaming service, Comcast said it is making its Xfinity Flex streaming TV device free to its internet-only customers. Shares of streaming TV platform specialist Roku (ROKU -5.40%) tumbled on the news.

But did investors overreact? While Comcast's free streaming TV box will certainly be more compelling than its previous price of $5 per month, it's unlikely to put a dent in Roku's dominance. 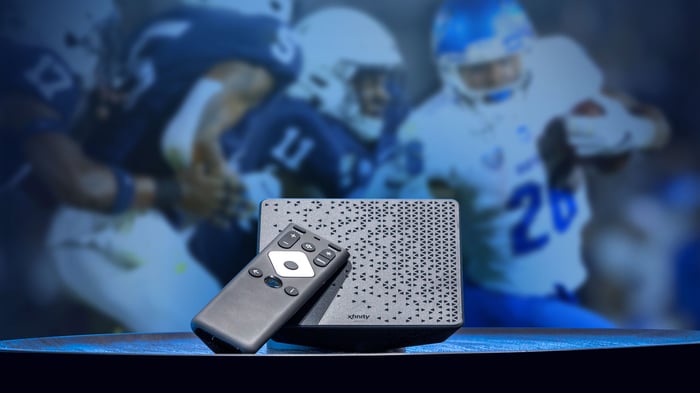 Comcast's Xfinity Flex is free, but only when it's bundled with an Xfinity internet-only subscription. Further, for families that want to add an extra Flex to their household, they'll have to pay $5 a month for that device, as the additional devices don't qualify for this offer.

Compare this to Roku devices, which start at just $30 flat. For a household that wants to have two streaming TV players in their house, Xfinity Flex customers will have to pay $60 per year, compared to Roku customers paying $60 one time.

The Xfinity Flex, which was launched in March, is late to the market. As of July 2019, Roku powered 41 million over-the-top devices and smart TVs in the U.S. alone, according to data from Strategy Analytics. This is 36% more than Sony's PlayStation Vue -- the second-most popular streaming platform in the U.S. Despite the inclusion of seven other streaming TV platforms (beyond Roku and Sony PlayStation Vue) in the market study, Xfinity Flex didn't even make the list.

Further, while Roku devices aren't technically free, the platform is included in one in every three smart TVs sold in the U.S., thanks to the company's TV operating system licensing.

With an estimated 39% of the U.S. streaming player market in the U.S., Xfinity Flex is unlikely to be a competitive threat to such a dominant player.

Of course, Xfinity Flex isn't just up against Roku. If they don't own a Roku device, many of Comcast's customers likely already own a streaming TV player from another tech company or a smart TV or gaming console with a built-in streaming TV operating system.

One of the reasons Roku has succeeded is because it is publisher agnostic. In other words, the tech company doesn't have its own streaming TV service to promote. This means publishers can invest their time and money into the Roku ecosystem knowing they are not competing with Roku's own streaming service.

This is far from the case at Comcast. Not only is Comcast a major content producer, but the company is launching a streaming service to compete directly with the streaming services that will be on its platform. For this reason, Comcast's Xfinity Flex likely won't receive priority from publishers when they are considering which platforms to invest their time, energy, and money.

Roku also has a far better value proposition to advertisers than Xfinity Flex does. With greater reach than any other streaming platform in the U.S., ad-supported content can thrive on Roku. Until Comcast can grow its installed base of Xfinity Flex devices to a meaningful size, the platform won't be nearly as compelling to marketers.

Roku investors should look for Xfinity Flex -- free or not -- to gain a sizable customer base before they start thinking of the device as competition.