Please ensure Javascript is enabled for purposes of website accessibility
Log In Help Join The Motley Fool
Free Article Join Over 1 Million Premium Members And Get More In-Depth Stock Guidance and Research
By Anders Bylund – Updated Sep 19, 2019 at 8:15AM

This battle of consumer goods heavyweights wasn't even close.

Both Walt Disney (DIS -2.31%) and Mattel (MAT -1.52%) are solid household names, especially in households with young children. Disney built a massive entertainment empire around an unmatched catalog of animated and live-action movies. Mattel built the toys of your childhood under brands like Barbie, Fisher-Price, and Hot Wheels.

Everybody knows what these consumer goods companies do, but I'm here to get to the bottom of a thornier question: Which of these stocks is the better investment today?

The House of Mouse is on a roll at the moment. The company recently closed a $71 billion buyout of rival Hollywood giant Twenty-First Century Fox. In one fell swoop, an already dominant player in the entertainment industry boosted its annual revenues by 40%.

Disney didn't need any help to crush the box office charts this year, producing five of the top six releases so far. That includes record-breaking blockbuster Avengers: Endgame, a fourth installment in the Toy Story saga, and the photorealistic remake of Lion King. Each of these Disney hits collected more than $1 billion in global box office receipts. And we still have another near-guaranteed blockbuster, featuring Luke Skywalker, coming in December.

These are the fundamental building blocks on which Disney bases its larger cash machine. From theme park rides and themed cruise ships to Disney-licensed lunch boxes and T-shirts, everything rests on the success of its movies. Disney has perfected that art, posting profit margins and cash flow streams that other entertainment specialists can only dream of.

The stock isn't ultra-cheap at the moment, trading at 17 times trailing earnings or 3.8 times sales, but you get what you pay for. As investing guru Warren Buffett famously said, "It is far better to buy a wonderful business at a fair price than a fair business at a wonderful price."

That's what Disney is -- a great business at a fair price.

The weaker case for Mattel

If you're buying Mattel today, you're either a dreamer or a gambler.

The veteran toymaker is facing tough competition from low-cost rivals in China and other cost-effective manufacturing havens. At the same time, online shopping is replacing the experience of strolling through the mall or your local Toys R Us, where Mattel's goods used to find their largest markets.

Today, Mattel's trailing earnings are negative, and its cash flows have nearly flatlined. The stock looks cheap when measured against its sales, trading at 0.9 times trailing revenues. At the same time, it's incredibly expensive seen from a profit-based perspective. Would you buy a struggling and unprofitable company at 77 times forward earnings projections? You probably shouldn't.

Investors saw a glimmer of hope in recent months as fellow toy giant Hasbro (HAS -2.36%) considered a merger, but the maker of Transformers and My Little Pony wares has dropped that idea. 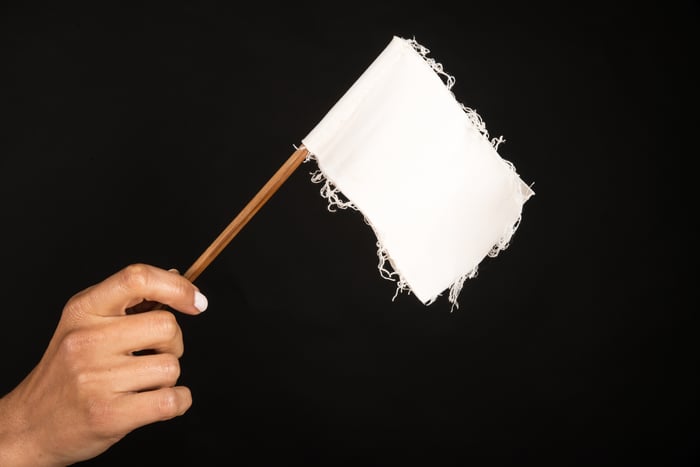 Some head-to-head comparisons are simpler than others, and this one wasn't even close. Disney is successful, profitable, and likely to reward long-term investors with continued prosperity. Mattel is a sinking ship, an old-school business model in a rapidly changing industry. Buy Disney; stay away from Mattel.