Major benchmarks waffled on Thursday, rising in the morning but slipping in the afternoon. The Dow Jones Industrial Average (DJINDICES:^DJI) fell slightly and the S&P 500 (SNPINDEX:^GSPC) was flat. Healthcare was the strongest sector while industrials were laggards.

2019 has been a big year for initial public offerings (IPOs), and two tech stocks made successful debuts today. Datadog (NASDAQ:DDOG) and Ping Identity Holding (NYSE:PING) skyrocketed in their first day of trading. 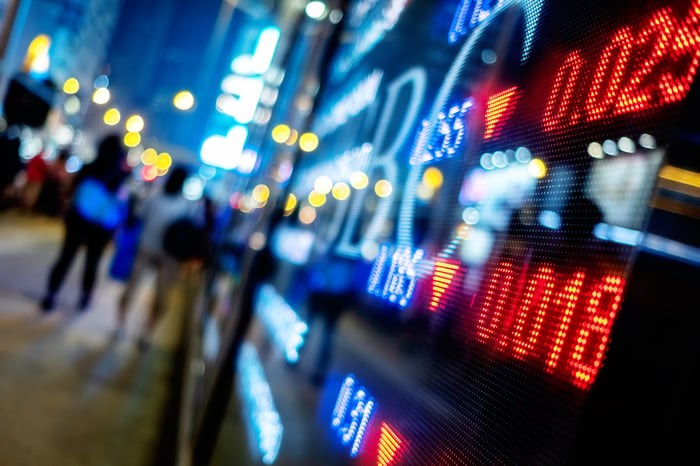 Investors eager for shares of Datadog

Datadog, a cloud-based software specialist providing tools for data monitoring and analytics, made its debut as a public company. Shares soared 39.1% above the offering price to close at $37.55, valuing the company at $11 billion.

New York-based Datadog sells software-as-a-service (SaaS) products that allow developers, operations teams, and business users to monitor and analyze the performance of software applications running in public, private, and hybrid clouds. Founded in 2010, the company has over 8,800 customers and is growing rapidly, but remains unprofitable. Revenue in 2018 grew 97% to $198.1 million and in the first half of 2019 increased 79% year over year to $153.3 million. Net loss in the first half was $13.4 million.

Datadog is riding the wave of businesses migrating to cloud computing and believes it can grow by adding new customers, growing its offering of tools, and expanding internationally. Investors gave the company a nosebleed valuation today, but if it continues to succeed in exploiting a market opportunity it estimates at $35 billion, its shareholders will be howling with delight.

Investors also gave a warm welcome to Ping Identity Holding in its first day of public trading. Shares of the Denver-based cybersecurity specialist jumped 34.1% above the offering price to end the session at $20.11, giving the company a valuation of $1.6 billion.

Ping operates in a growing corner of the cybersecurity world called identity management. It sells its platform as "Intelligent Identity," using artificial intelligence and machine learning to analyze user and software behavior across cloud, on-premise systems, and Internet of Things devices to identify threats and insert additional authentication measures when necessary. Ping claims to have an advantage over cloud-only identity companies like Okta that tend to focus on employee use cases.

Ping isn't growing as fast as Datadog, with 2018 revenue rising 17% to $202 million, but the company has won success with large enterprises. It claims 50% of Fortune 100 companies among its 1,275 customers, including the 12 largest U.S. banks, eight of the 10 largest pharmaceutical companies, and five of the seven largest U.S. retailers.