For better or worse, tech trends often receive a lot of hype. That's because when a new technology -- like the smartphone, for example -- takes off, it can have truly transformational effects. But some much-hyped innovations also flop spectacularly, which can leave investors skeptical when the buzz begins for the next "next big thing."

When it comes to artificial intelligence (AI), though, investors would be wise to take the hype seriously. AI-powered tech is already all around us, with everyone from automakers to tech giants to data security companies using it to boost their businesses.

If you're dubious about investing based on the long-term growth potential of AI, consider these five ways the technology is transforming the industries around it. 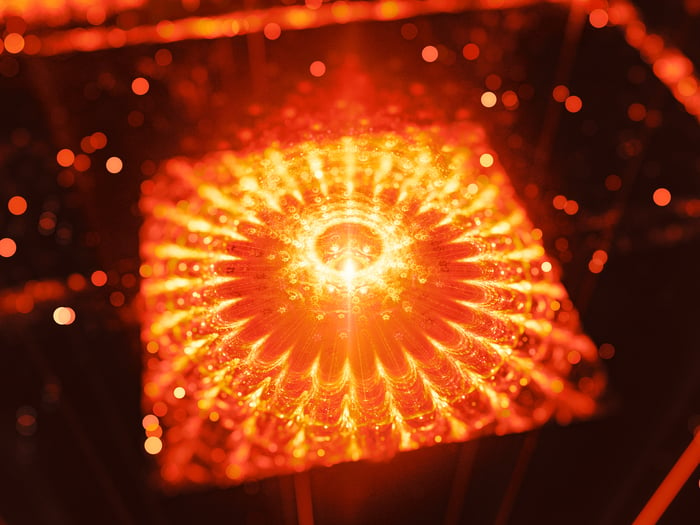 A report from PwC estimates that artificial intelligence will add $15.7 trillion to the global economy about a decade from now. But what does that mean, exactly?

The analysis forecasts that AI will make companies more efficient, and allow them to introduce new products across a wide range of sectors including healthcare, automotive, financial services, retail, communications, manufacturing, energy, and transportation. The cost savings from applying AI to older systems, as well as revenues from new services and hardware, underlay that massive potential.

And while many are concerned because AI will eliminate jobs, that's only half the story. While AI is on track to eliminate 1.8 million U.S. jobs next year, it will also create 2.3 million, producing a net job gain, according to research firm Gartner.

Among the most significant beneficiaries of this growing technology will be the semiconductor industry. The AI chip market is expected to reach $91.2 billion just six years from now.

NVIDIA (NASDAQ:NVDA) may be one of the biggest winners. The company's graphics processing units (GPUs) are being used more and more by some of the world's leading tech companies to boost their servers' ability to process image and speech information quickly. The pharmaceutical industry is using its computing power to help find new cures for diseases. And NVIDIA is building systems to handle the complex data processing required by autonomous vehicles. The company is already knee-deep into AI chips, and management believes that its total addressable market for them will reach $50 billion by 2023.

3. AI is integral to autonomous vehicles

Autonomous vehicles are moving from science fiction to everyday reality, and the powerful AI chips mentioned above are integral to that transition. Self-driving cars using the AI tech of Alphabet's (NASDAQ:GOOG) (NASDAQ:GOOGL) Waymo subsidiary have already racked up 10 million autonomous miles.

The company was one of the first to launch a (limited) commercial self-driving vehicle service last year. Waymo plans to expand the service this year. It's also testing ways to use its autonomous vehicle tech to move freight, and could potentially license it out to other companies.

And Waymo is hardly the only company making significant moves in this space. General Motors' (NYSE:GM) self-driving vehicle subsidiary, Cruise Automation, plans to launch an autonomous ride-sharing service this year as well. Illustrating just how serious GM is about the self-driving market, the company said recently that it would double its Cruise Automation staff to about 2,000 by the end of this year.

In 2040, 16% of all new vehicles sold annually will be autonomous, predicts IHS Markit, which is why everyone from automakers to chip companies to the incumbent ride-sharing leaders is working on developing this tech now.

AI isn't just about cool new tech gadgets. The tech is also being used to make existing systems more efficient. And in the case of data sorting, it can make it easier than ever to protect and share sensitive information.

Data security company Splunk (NASDAQ:SPLK) helps companies collect and categorize data using machine learning -- a subset of AI. The company says that it uses machine learning to "get deeper insights" from data than its customers could without it. This should allow them to glean the valuable information they need from the mountains of raw data they produce.

Spunk's machine learning services are already helping its customers, and with companies collecting and creating ever-larger amounts of data, such tools will only become more important.

5. AI is boosting the cloud-computing market

Cloud-computing services from some of the world's biggest tech companies rely on artificial intelligence. Amazon (NASDAQ:AMZN), which at 32% has the the largest share of the cloud-computing market, uses machine learning and AI systems in a host of its cloud products.

For example, the company offers speech recognition and text translation services through Amazon Web Services (AWS). Why does this matter? Because the cloud computing market will be worth $278 billion by 2021, and whichever company has the lead with its AI services will hold a clear advantage.

But Amazon is also embedding AI into nearly every aspect of its retail business; among other things, machine learning fuels the company's fraud detection and content personalization efforts. It's also used to analyze churn information, and it helps Amazon optimize its logistics. In combination, this helps Amazon maintain its dominance of the U.S. e-commerce market, where it accounts for more than 50% of all sales.

Artificial intelligence is already here, and the market for the technology is growing quickly. So forward-looking investors should consider what the above companies are doing in this space. Over the next few years, even more businesses will be talking about how AI is transforming their industries, and how they're tapping the technology to keep up with competitors.

Each of the major companies discussed above is already using AI to extend its dominance in its respective business. Whichever companies turn out to be the biggest winners, the level of commitment to AI by these giants should put to rest any suggestion that it's just an overhyped tech fad.