Artificial intelligence, or AI, is a big idea with an equally big opportunity. AI is slated to add $15.7 trillion to global gross domestic product (GDP) by 2030, according to research by PwC, and it's going to change how we use transportation, and even how we do our jobs.

However, AI's potential doesn't mean much to investors unless they understand how companies are using and benefiting from this technology. So to help you understand how companies will make money from AI, let's look at what Amazon (NASDAQ:AMZN), Alphabet (NASDAQ:GOOG) (NASDAQ:GOOGL), Microsoft (NASDAQ:MSFT), and NVIDIA (NASDAQ:NVDA) are already doing. 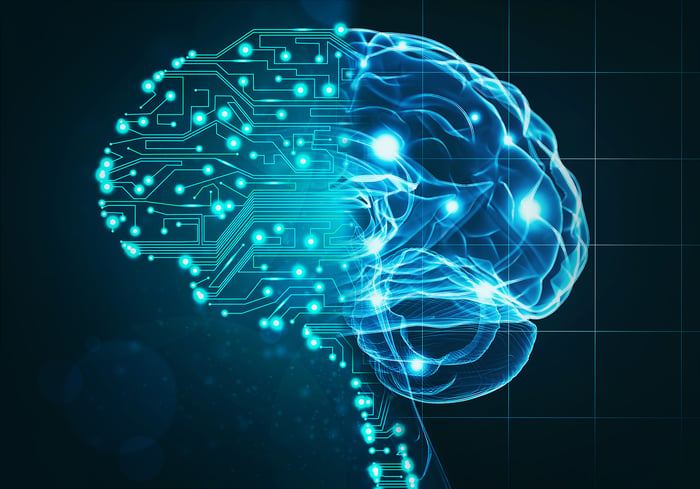 Google is the primary driver of the vast majority of its parent company's revenue, and those sales are mainly earned through selling ads online. Why does that matter for Google's AI ambitions? Because the company is now vigorously pursuing sales of its smart speaker so it can collect more search data from users and use that information to sell even more ads.

The company's Google Home smart speaker devices field similar questions you'd type into Google's search engine, but instead, it uses the company's AI assistant, called Google Assistant, to listen to requests. Voice searches are becoming a bigger part of online search, and Google knows that making this transition will help it maintain its advertising dominance.

At the end of 2016, Google held just 8.7% of the smart-speaker market, but it's boosted that total to 22.7% currently. With this growth, Google is tapping further into the U.S. digital ad market, which was worth $107 billion in the U.S. this year.

Of course, smart speakers can be utilized for more than selling ads. Amazon is employing its Echo smart speakers to help drive e-commerce sales. For example, Echo speaker owners buy $400 more worth of products from Amazon's website annually when compared to the average Amazon Prime member.

Amazon's Alexa AI assistant makes it easy for users to repurchase items they've bought in the past, or to quickly add an item to their cart right when they're thinking about it, via a voice command to Alexa.

The company's smart speakers, with Alexa assistant inside, could add an additional $10 billion in sales for Amazon by 2020, according to RBC Capital. Artificial intelligence is already transforming how companies process vast amounts of information, and much of this processing is being done in the cloud. For example, Microsoft offers Cognitive Services to developers and companies using its Azure computing platform. These services include things like data analysis, image recognition, and language processing, which all tap into various forms of AI to complete tasks. Additionally, Microsoft's Azure Machine Learning Studio helps researchers sift through data quickly and efficiently.

Why does all of this matter for Microsoft? Because Azure is one of the company's core businesses now, and Microsoft has become the second-largest cloud player behind Amazon. The smarter the company's Azure platform is, the better it can compete in the $302 billion public cloud-computing market over the next few years.

Of course, cloud-computing leader Amazon isn't just sitting idly by while Microsoft expands its AI cloud offerings. The e-commerce giant's own cloud-computing service, Amazon Web Services (AWS), already has AI and machine-learning features that have been used for the early detection of cancer. On a more practical level, developers use it for image and speech recognition services.

Speaking about AI and AWS back in 2017, Amazon CEO Jeff Bezos said, "[I]nside AWS, we're excited to lower the costs and barriers to machine learning and AI so organizations of all sizes can take advantage of these advanced techniques."

Amazon's AWS holds about 30% of the public cloud-computing market right now, and it's using AI to help maintain its lead against Microsoft. That's important because artificial intelligence could double the size of the cloud computing market in the next few years. 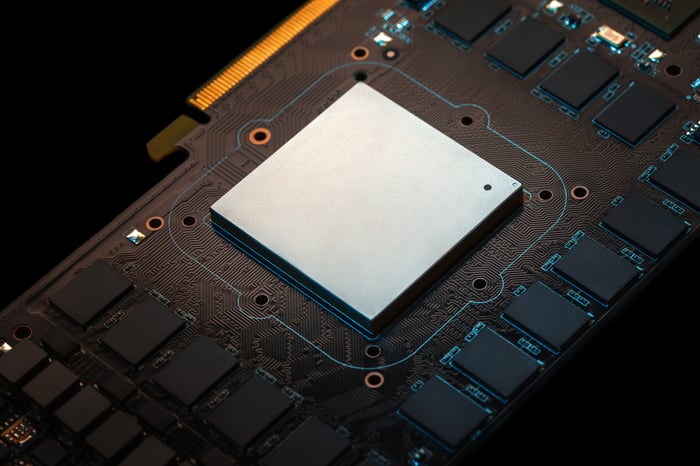 The chipmaker with AI inside

The hardware that makes Microsoft's and Amazon's AI cloud-computing services a reality is made possible by NVIDIA's graphics processors. NVIDIA's GPU chips allow companies to process complex data and visual information quickly, which has made them ideal for AI cloud computing. To date, Facebook, Alphabet, Amazon, Microsoft, and many others are using NVIDIA's chips to help power their AI.

NVIDIA's data center segment has already benefited from companies pursuing AI cloud computing. In the company's most recent quarter, NVIDIA's data center sales increased by 58% year over year. NVIDIA believes AI demand will continue to grow, and that the need for more chips in this space will create a total addressable data center market of $50 billion by 2023. 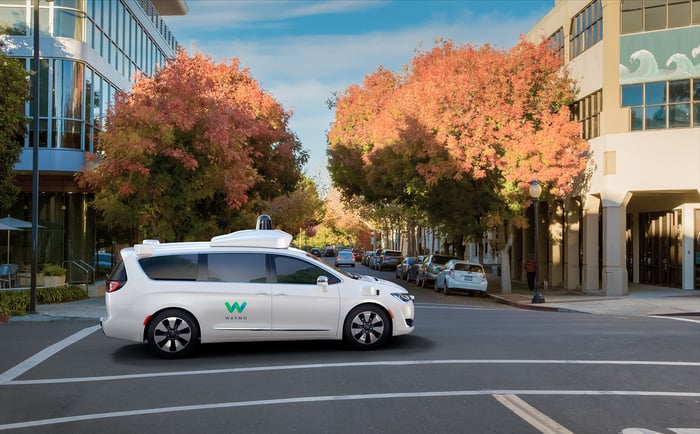 AI on the move

Last, but not least, artificial intelligence is allowing cars to learn how to drive on their own, which could bring about a $7 trillion passenger economy over the next three decades. The latest news comes from Alphabet's Waymo, which just launched the first commercial autonomous vehicle ride-hailing service in Phoenix, Arizona, called Waymo One.

While Waymo One is just getting started, the company's onboard AI system has already driven more than 10 million miles on its own and has been through 7 billion miles of virtual testing. This advanced AI driving system learns from its past driving experiences and continually improves.

Not only is Waymo One pushing the boundaries of transportation, but it could ultimately be very lucrative for the company. In addition to making money from its ride-hailing service, Waymo will likely license its AI autonomous driving technology to automakers and use it for package delivery services and semi-truck transportation as well. When combined, all of those potential revenue streams represent a $175 billion opportunity for Waymo in the coming years, according to Morgan Stanley.

Skeptics may assume that AI is just a marketing buzzword for tech companies. But the companies above have been heavily investing in AI and machine learning for years, and the products and services listed above are tangible evidence that these tech giants can -- and already are -- making money from AI.

The great news is that this market is just getting off the ground right now, and with Wall Street feeling a bit apprehensive about tech stocks at the moment, many of these AI tech giants are currently trading at a discount.