J.C. Penney tries to rein in its debt, and Netflix remains under pressure.

The stock market was a mixed bag on Friday afternoon. There wasn't any specific news pushing the major indices up or down, but investors remained concerned about trade relations and a possible recession.

Shares of beleaguered department store chain J.C. Penney showed signs of life on Friday after Bloomberg reported that the century-old retailer was preparing for talks with creditors ahead of the holiday season. J.C. Penney had nearly $3.8 billion of debt on the balance sheet at the end of the second quarter, with annual interest payments of around $300 million. 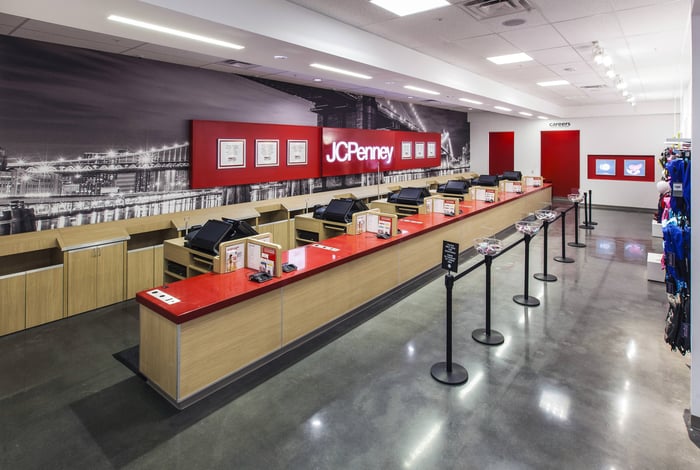 Advisers for the retailer and for some of its bondholders expect to sign nondisclosure agreements by the end of September, according to Bloomberg's sources. This would give advisors for J.C. Penney's debt holders access to confidential information. In August, Bloomberg reported that J.C. Penney's creditors were pushing for a debt swap.

The goal of any transaction would be to buy the company time as it tries to turn itself around. While J.C. Penney doesn't have any major debt maturities until 2023, the company isn't producing enough operating income to cover its interest payments. Easing the burden of the debt load now, before a potential recession hits, would be a smart move.

Bankruptcy is not currently on the table, according to Bloomberg's sources. But another bad holiday season could force the company's hand.

The imminent launch of major streaming competitors may have Netflix investors rethinking their positions. Netflix stock was down 6.1% at 1 p.m. EDT Friday; shares are now down around 30% since peaking in July.

That steep multimonth decline was set into motion by Netflix's second-quarter report. The company badly missed its own subscriber growth forecast, with price increases partly to blame. The company lost paid subscribers in the U.S. despite heavy marketing spending, a sign that its home market may be saturated.

Competition will be Netflix's main concern over the next year. Apple will roll out its $4.99-per-month Apple TV+ service on Nov. 1; Disney plans to launch its inexpensive Disney+ streaming service on Nov. 12; and AT&T is set to launch its HBO Max service in early 2020. How consumers will behave when the number of high-quality streaming choices explodes is an unknown.

Netflix stock remains supremely expensive, even after plunging over the past few months. The company expects to burn through roughly $3.5 billion of cash this year as it continues to invest in content. That cash burn hasn't really bothered investors -- the company is valued at around $120 billion, nearly 7 times trailing sales. But if subscriber growth trails off as competition heats up, Netflix's perpetual cash bonfire might invite some scrutiny.