The market was down, but these dividend payers bucked the trend.

On Friday, the S&P 500 and Nasdaq indexes declined 0.5% and 0.8%, respectively, as investors were rattled by news on the trade front. Chinese trade negotiators reportedly cut their visit to the United States short by cancelling planned goodwill meetings with farmers in Montana and Nebraska.

While there were naturally some winners on Wall Street, only 81 stocks of finviz.com's universe of 3,521 small-cap and larger stocks notched new annual highs. Not surprisingly, dividend stocks were over-represented among this group, as investors tend to flock to these stocks during times of uncertainty. Moreover, the Federal Reserve's interest rate cut of a quarter of a percentage point on Wednesday also probably provided a tailwind for many dividend payers.

Among this elite bunch, Equinix (EQIX 1.77%), York Water (YORW 2.65%), and NextEra Energy (NEE) look attractive as long-term investments. Notably, each company has at least a solid track record of annual dividend increases, and each of their annual highs borrowed a page from a Rita Coolidge song and is also an all-time high. 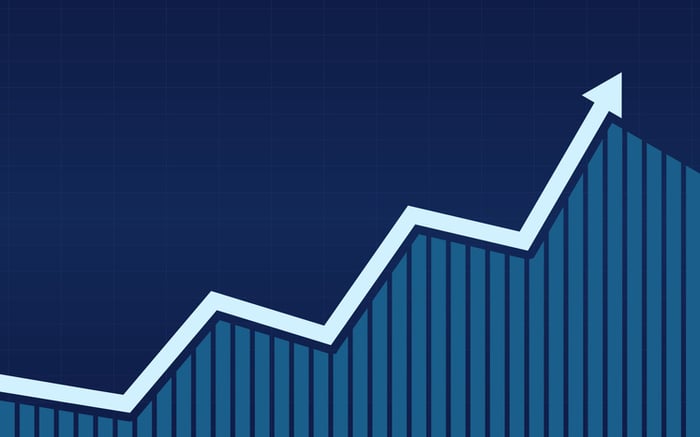 Equinix is a fast-growing leading global operator of data centers, which it touts are the world's most interconnected. It's organized as a real estate investment trust (REIT), which means that it must pay out at least 90% of its income as dividends to shareholders in return for special tax treatment.

Wall Street expects Equinix to grow earnings per share (EPS) at an average annual rate of 21.4% over the next five years. That should translate into continued solid growth in its funds from operations (FFO), which is a key metric for REITs that drives increases in dividends. Shares are currently yielding 1.8%.

As its name suggests, York Water is a regulated water utility headquartered in York, Pennsylvania. Its operations cover 48 municipalities in the south-central part of the state.

The company has a reputation for being particularly conservative even among a very conservative sector and should continue to be a solid long-term performer. However, within the group, American Water Works (AWK 3.22%) is a better choice for many investors, in my opinion. Its much larger size and geographic diversity provide it with an advantage when it comes to acquisitions.

The Street is projecting that York Water will grow EPS at an average annual pace of 4.9% over the next five years. York stock's dividend is yielding 1.8%. Meanwhile, analysts are looking for American Water to post EPS growth of 8.2% per year over the same period. Its shares are yielding 1.6%.

York stock has returned 29.5% so far this year. Over the last decade, shares have performed on par with the S&P 500, but have outperformed the market over longer periods and some shorter ones.

Wall Street is modeling for average annual EPS growth of 8% over the next five years. The stock's dividend sports a 2.2% yield.