Please ensure Javascript is enabled for purposes of website accessibility
Log In Help Join The Motley Fool
Free Article Join Over 1 Million Premium Members And Get More In-Depth Stock Guidance and Research
By Stephen Lovely – Sep 23, 2019 at 9:44AM

Disney is emulating HBO in a bid to build hype.

Disney (DIS 2.31%) is set to make a major splash when Disney+ debuts on the streaming scene in November. The new service, alongside existing Disney-controlled efforts Hulu and ESPN+, is poised to challenge Netflix (NFLX 1.34%) for streaming supremacy.

But while Disney may be out to beat Netflix at its own game, Mickey's crew isn't necessarily following the Netflix blueprint. Netflix's journey from streaming giant to content producer is the opposite of the path that led Disney and its overflowing content coffers into streaming. And now Disney is rejecting a major Netflix innovation: the season-dumping, binge-friendly release schedule that has transformed TV. 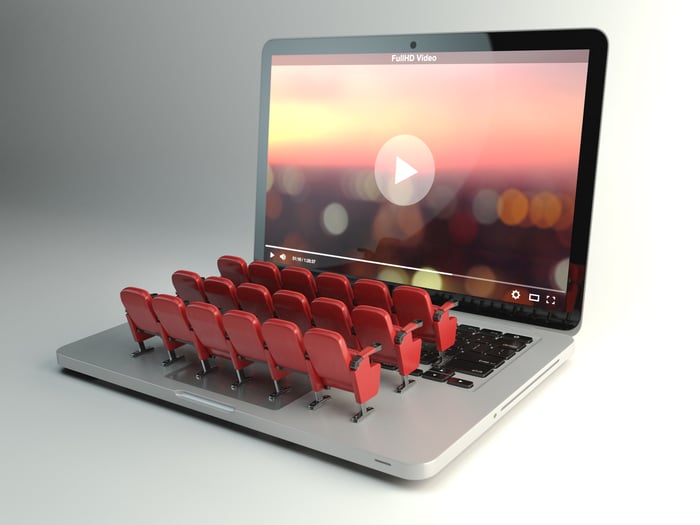 To binge or not to binge?

Disney has a lot of big original series lined up for Disney+, and the company will reportedly drop new episodes on the service on a weekly basis. That's very different from the Netflix model, in which entire seasons are released at once -- sometimes without warning. Which one is more likely to lead to big streaming hits?

Netflix's model has its advantages. For one thing, Netflix has shown an ability to get huge numbers of its users to stream content that is, for lack of a better word, lousy: ambushing users before critics can respond (combined, presumably, with Netflix's opaque user recommendation algorithm) can sometimes lead to big viewership numbers, as was the case with Bird Box. Series give viewers more chances to stop watching, but full-season dumps still allow underwhelming shows to reach viewers faster than their own reputations do, and binge-watching doesn't ask viewers to plan around a show in the same way that appointment viewing does.

The advantages aren't limited to unimpressive shows. With much-hyped shows, Netflix can set a date for a full-season release and create a binge-watching bonanza that is a news story unto itself. Stranger Things, for instance, became such a hit that Netflix hyped full-season drops for seasons 2 and 3 for months before the big day. (Season 1 was announced about six months before its premiere, too, but it's unlikely that many fans logged on at midnight Pacific time to binge the then-new series).

Full-season dumps have worked well for Netflix, but weekly shows have their advantages, too. I've written before about how AT&T's (NYSE: T) HBO used scheduled streaming to turn Game of Thrones into a cultural event. Game of Thrones was a show that fans felt they watched together, at the same time.

Of course, HBO isn't just a streaming service; it's also a premium cable network. In contrast, Disney's decision to go with a cable-esque weekly release schedule isn't mandated by legacy TV concerns. Disney presumably thinks that Game of Thones-style hype is created in part by weekly anticipation. It's also possible that Disney may someday use its scheduling system to change the number of episodes in a given season mid-season, as cable networks sometimes do when a show is failing to perform. Going with Netflix's method would mean paying up-front for entire seasons even for shows that lose their audience a few episodes in.

There's one more thing to keep an eye on in regard to Disney's weekly release schedule, and that's streaming volume. Netflix released Season 3 of Stranger Things at midnight Pacific Time, and that probably wasn't solely because the company is based in California. It let some Stranger Things super-fans binge-watch the series while others were still asleep, and spreading out the number of people watching makes things easier on the servers.

With Game of Thrones, on the other hand, fans logged in at 9 p.m. sharp every week. That led to server crashes and streaming issues more than once over the course of show's run. And Disney has had its own issues with simultaneous streams: ESPN+ has had problems with live UFC events that draw significant audiences.

Disney will hope that its Disney+ creates hype for its original series, but success will also mean technical challenges. Creating a big appointment viewing phenomenon could help Disney beat Netflix, but only time will tell if streamers will miss binge-watching or turn up in such high numbers that Disney's servers crash. Sooner or later, we'll know if Disney was right to cast aside one of Netflix's most significant innovations.