These companies are making all of the right moves, and investors should take note.

Finding great investments that you can put into your portfolio and not have to worry about for decades doesn't have to be a difficult process. You're probably already familiar with a few companies that would make the list.

But if you're having a difficult time determining which stocks you should buy and hold on to for decades to come, here are a few reasons why Alphabet (GOOG 3.54%) (GOOGL 3.80%), Amazon (AMZN 1.60%), and Walt Disney (DIS 2.22%) are worth adding to your portfolio. 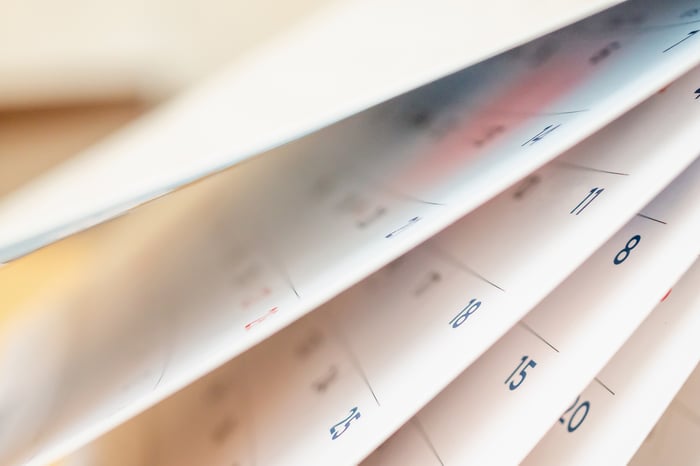 Over the past few years, Disney has been positioning itself to become an even bigger and more dominant force in the media landscape than it already was. One of the first big moves came back in 2009 when the company purchased Marvel Entertainment, giving it ownership of one of the most successful superhero franchises of all time, and access to a seemingly unending list of characters and stories.

Then, Disney made another huge investment in 2012 when it purchased Lucasfilm for about $4.05 billion, giving Disney the massively popular Star Wars franchise and ownership of its characters.

Finally, Disney made yet another huge acquisition when it recently purchased several media assets from Twenty-First Century Fox. The $71 billion deal gives Disney all of the television and movie content made by 20th Century Fox, other content including the National Geographic Channel, as well as an additional 33% ownership in Hulu (Disney already had 33% before the deal, so it now owns a controlling interest in the streaming service).

Recently, Disney's long-term strategy for all of these massive purchases finally came into focus. The company announced earlier this year that it would launch its Disney+ video-streaming service beginning in November. Disney+ will include classic Disney and Pixar movies, shows and movies gained from its Fox assets purchase, as well as new and original movies and shows from the Marvel Universe and Star Wars.

With Disney+, the company is taking on Netflix and Amazon head-on in the video-streaming market, with a library of older videos and new content based on popular characters that could give the two streaming leaders a run for their money. Investors wondering where Disney is headed over the next two decades need look no further than Disney+.

Google's parent, Alphabet, needs no introduction. The company has the most popular mobile operating system and the leading search engine in the world. Its suite of apps is used by large swaths of the world's population for everything from email to photo management. And of course, Google's advertising business is a dominant force both in the U.S. and abroad.

The company makes most of its revenue selling online ads. Even as competition has heated up, Alphabet still remains the dominant player in that space. It's expected to take 31% of the global digital advertising market this year, outpacing every other digital ad seller, including Facebook.

Alphabet continues to find new ways to acquire information about its users, and what they're searching for, in order to perfect its ad business. One of the latest ways it's doing this is through its virtual assistant, Google Assistant. The company is one of the top three smart-speaker makers in the world, and the tens of millions of devices it's shipped will help it serve users more targeted ads as the smart-home market expands.

As if all of that weren't enough, Alphabet is pursuing other opportunities, including driverless cars, that could pay off years down the road. The company has taken an early lead in this space with its autonomous-vehicle subsidiary, Waymo, and has already launched an early version of a commercial autonomous ride-hailing company. While this technology is likely decades away from being widespread, Alphabet has an opportunity to tap into this market -- estimated to be worth $7 trillion by 2050 -- in the coming years.

Of course, Alphabet isn't the only tech giant that's likely to outperform the S&P 500 over the next 20 years. Amazon's massive e-commerce platform accounts for about 38% of all online sales in the U.S., and there's likely more room for growth from the company. That's because only 11% of U.S. retail sales now happen online, which leaves plenty more room for Amazon's sales to grow.

But while Amazon makes the vast majority of its revenue from its e-commerce business, Amazon Web Services (AWS) generates most of its profit. AWS is the largest cloud computing platform in the world and easily outpaces its competitors in market share. While cloud computing might seem like an odd play for Amazon, the company is well-positioned to benefit as public cloud computing grows into a $278 billion market over the next two years.

Remember that as you pick stocks to invest in over the long haul, there are sure to be some rough patches when a given stock's performance isn't exactly stellar. During those times, it's best to reevaluate your investing thesis, to see if the reasons why you first bought the company still apply -- then hold on to your shares if they're still true. Being able to ride out the difficult times will help make these companies great investments for years to come.