When it comes to building driverless-car technology, the more experience, the better.

Waymo's chief technology officer, Dmitri Dolgov, gave the presentation, noting that Waymo has also completed more than 10 million miles of real-world driving. He explained why it's important to note companies that have experience with both simulated and actual miles:

[T]he amount of driving you do in both of those is really a function of the maturity of your system, and the capability of your system. If you're just getting started, it doesn't matter -- you're working on the basics, you can drive a few miles or a few thousand or tens of thousands of miles in the real world, and that's plenty to tell you and give you information that you need to know to improve your system.

But aside from the company hitting a major milestone, why does it matter that Waymo has driven so many simulated miles? Because scale matters when it comes to teaching AI (artificial intelligence) systems. 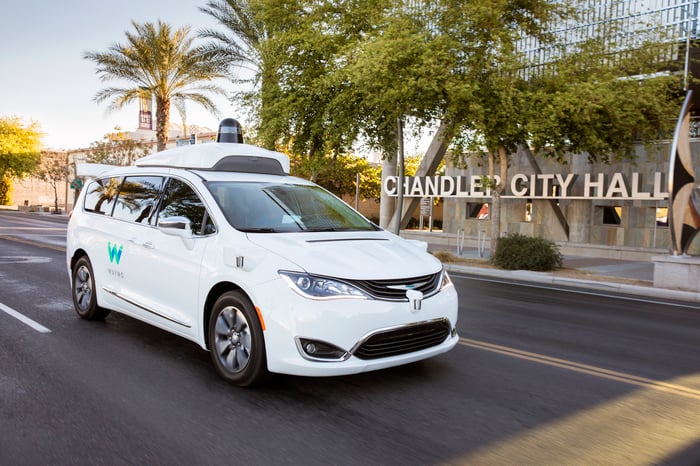 During his presentation, Dolgov followed up his initial comments by saying:

I think what makes it a good simulator, and what makes it powerful, is two things. One [is] fidelity. And by fidelity, I mean not how good it looks. It's how well it behaves, and how representative it is of what you will encounter in the real world. And then second is scale.

In other words, Waymo says its system has been using those 10 billion miles of simulated driving to get a very strong sense of what drivers will encounter in the real world. And it's all of those miles that allow the company's system to learn at such a massive scale, making it hard for its competitors to catch up.

Other companies that are pursuing self-driving tech aren't as quick to disclose their simulated miles driven. General Motors' (GM 2.19%) self-driving subsidiary, Cruise, said recently that it focuses on "quality" of the simulated miles driven. "It's about more than just racking up a lot of miles," said Adrian Macneil, the director of engineering at Cruise. "It's about the exposure to different environments that you're getting from those miles."

Why all of this matters for Waymo

Waymo has built its autonomous-vehicle lead with a mix of real-world miles driven and virtual miles. And all that experience has helped the company make big moves in the autonomous-vehicle space. For example, the company has one of the only commercial autonomous ride-hailing services in the United States. It also makes its own lidar technology, and it has forged important partnerships to expand its experience.

Waymo is betting on an autonomous-mobility market that could be worth $7 trillion by 2050. The company's experience is pushing it beyond what many of its competitors are accomplishing. That's why investors looking for autonomous-vehicle plays would be wise to give strong consideration to Alphabet's stock.