But the company has plans to generate sales outside of the autonomous vehicle (AV) market as well, and it recently announced that it's going to sell its lidar image sensors to select companies outside of the AV market. Here's why that matters. 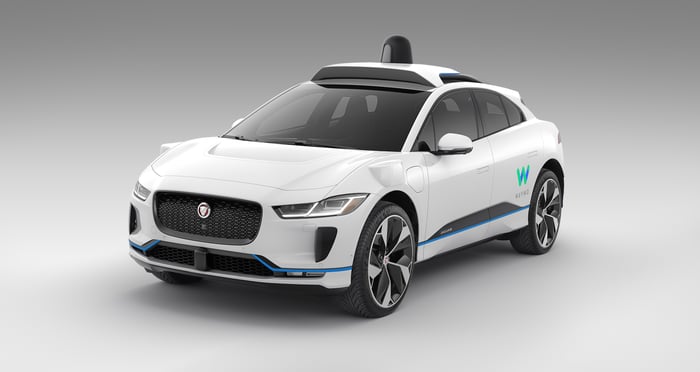 What's lidar, and how does Waymo use it?

Lidar is the technology that most self-driving cars use to see the world around them. It's a sensor that sends out pulses of laser light that bounce off of objects and come back to the sensor to tell the vehicle what's around it.

Waymo's been using lidar ever since it started developing AVs (back when the company was referred to as just Google's self-driving car project), but since 2011 Waymo has been developing its own sensors.

The head of the company's lidar team said in said in March 6 blog post that it will now sell one of its lidar sensors, called Laser Bear Honeycomb, to companies outside of the AV market -- specifically, to robotics, agricultural, and security tech companies. It's important to stress that Waymo won't sell the tech to competing AV companies.

Lidar has been one of the most expensive parts of AVs, with some systems costing as much as $75,000 per car. But when Waymo began developing its own tech, its goal was to cut that cost by 90%. And it achieved that goal back in 2017.

The company has an advantage over other lidar makers because of the extensive testing and usage its sensors have had. Waymo says its sensors have been used for more than 2 million hours in its autonomous vehicles.

Waymo's Laser Bear Honeycomb sensor also has several key tech advantages over other sensors, according to the company, including a wider field of view, the ability to detect up to four objects with each light pulse, and the ability to see objects that are directly in front of the sensor.

Why lidar sales matter for Waymo

Waymo is marching toward a valuation of about $100 billion, according to some estimates, and it's tapping into the passenger economy that could be worth up to an estimated $7 trillion by 2050. The company has more experience than AV competitors, but the AV market will be slow to materialize, and sales won't be significant for some time. So by selling some of its technology now, Waymo will be able to diversify its revenue and generate sales as the self-driving market takes shape.

As Waymo's head of lidar, Simon Verghese, said in the blog post, "Offering this lidar to partners helps spur the growth of applications outside of self-driving cars and also propels our business forward. We can scale our autonomous technology faster, making each sensor more affordable through economies of scale."

Waymo is wisely building itself into the leading AV company -- one that is not only making inroads in this nascent market, but will also benefit from the tech it's already developed. For investors looking for an AV leader that already knows how to diversify its sales, Alphabet's Waymo looks like a good bet.