It has been a rough decade or so for the personal computer business. As consumers moved more of their digital lives to smartphones and other devices, sales of PCs fell steadily, though they appear to have  stabilized in 2018.

There's simply less need for people to own a full-fledged PC because smartphones have become so powerful. Yet despite falling demand, consumers are fairly happy with the PC category, according to the latest report from the American Customer Satisfaction Index (ACSI).

The annual study showed that customer satisfaction with personal computers (a category in which they include desktops, laptops, and tablets) moved up 1.3% to a 78 on the 100-point ACSI scale. That puts PCs around the middle of the pack among categories the organization rates: Breweries topped the list with an 85, while internet and subscription television services brought up the rear, with both scoring a 62. 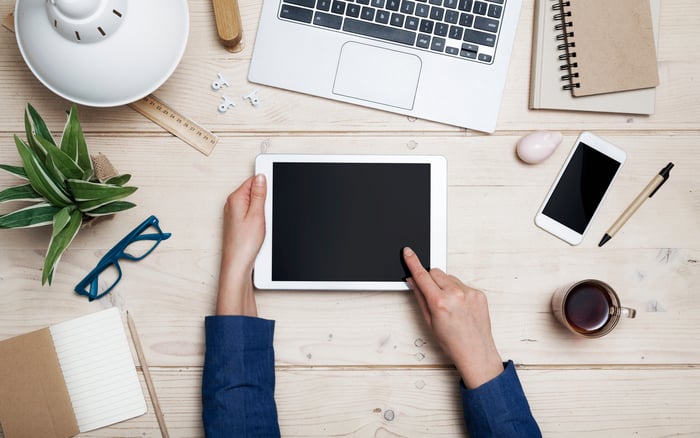 Which PCs are on top?

"Despite the ACSI gain, PCs overall still lag most smartphone brands when it comes to customer satisfaction," according to the report. "But going lighter and more mobile may not please every user. In fact, desktop computers have long enjoyed higher levels of customer satisfaction than both laptops and tablets."

Only 19% of those surveyed use desktop computers, but those who do reported an average satisfaction level of 81. That's significantly better than the 77 laptops and tablets scored. Apple (NASDAQ:AAPL) computers earned the highest marks at 83, followed by Samsung at 82, Amazon also at 82, and then HP at 78. All other companies on the list rated below the overall category average.

"Most aspects of the PC customer experience are better than a year ago when the industry showed some deterioration," according to the ACSI. "Consistent with past measures, customers continue to appreciate device design, which remains stable at a benchmark of 82. Graphics and sound quality have improved (81), along with ease of operation (80). Machines are more reliable in terms of system crashes (+3% to 79), although accessories backtrack[ed] slightly (79)."

It's worth noting that among the subcategories, respondents ranked PC makers lowest by a wide margin on "call center satisfaction." The score of 68 was better than last year's 67, but clearly, these tech companies are dropping the ball on helping their customers when problems arise, which is dragging down their overall satisfaction results.

The ACSI said its data showed that "higher perceptions of value are driving this year's improvement in customer satisfaction at the industry level for PCs." That could become a drag on the entire segment if tariffs from the ongoing trade war between the U.S. and China push prices higher.

However, that may not be as big a problem for Apple -- which already commands premium pricing -- as it would be for every other company on the list. Inexpensive tablets may lose some of their appeal if their prices rise by relatively small amounts. It's also possible that consumers will understand why those price hikes are happening, and refrain from blaming manufacturers.

The glory days of the PC may lie in the past, but consumers still need actual computers for a lot of tasks that one just can't do on a smartphone -- or can't do comfortably. Those companies on this list with below-average satisfaction scores would do well to look to the category leaders for inspiration, and figure out either how to offer good value for a high price like Apple, or just an overall good value proposition like Amazon and Samsung.