Apple (AAPL 2.32%) has an enviable position in multiple business spaces. Its successful product lines include the iPad, iPhone, and MacBook, to name just a few. But Apple's most souped-up computing device, the Mac Pro, has not enjoyed as many recent successes as its leaner cousins.

In fact, Apple's ultimate desktop computer has been in rough shape since a 2013 refresh that saw a new model spark serious user complaints. That put the pressure on Apple this Monday when, as expected, the company announced the new generation of Mac Pros. 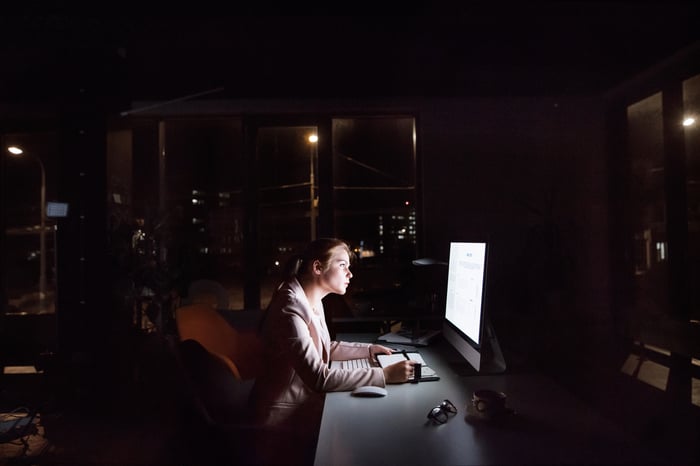 The problems with the (old) Mac Pro

Until Monday, the most recent generation of the Mac Pro was the one announced back in 2013. Six years ago, Apple hoped to wow consumers with a sleek new redesign. The Mac Pro became, for some reason, a cylinder. It put its ports in hard-to-reach places, which annoyed consumers; more importantly, its downsized form factor lent it flawed heat management. Powerful computers run hot, and ones that can't disperse that heat properly -- like, under some circumstances, the 2013 Mac Pro -- run hot and slow down (and can even damage themselves).

The Mac Pro's 2013 form factor also made upgrading the device a nightmare. Modular design is important in desktops (and especially high-powered ones), because it allows power users to upgrade things like RAM and storage without having to throw out the computer and start over. In particular, the Mac Pro's inability to take on new graphics chips helped kill its appeal to precisely the sort of people Apple hoped would use it, like animators.

Though initial sales were good, the Mac Pro's failings soon caught up with it. It hasn't been much of a factor in years, and it is vilified by review sites and Apple fan blogs. So when reports surfaced that Apple was going back to the drawing board for this latest refresh of the Mac Pro, it was hardly a surprise.

All eyes were on Apple when it unveiled its new Mac Pro this Monday. Did the company learn from the 2013 debacle?

For the most part, yes. The Mac Pro of 2019 is a machine of the future, but it is clear that Apple has taken a deliberate step back in its design philosophy. The new Mac Pro features a traditional PC tower form factor rather than the weird cylinder of 2013 (or, for that matter, the all-in-the-monitor style of the iMac line). There's cooling galore -- Tim Cook was quick to point out that it could "run unconstrained at full power at all times" -- and even slots for modular upgrades. For instance, the Mac Pro's 12 DIMM slots (for RAM) are user accessible; the system can make use of up to 1.5 TB of the stuff (that's an awful lot -- for some perspective, consider that customers can get their Mac Pros with as little as 32 GB). Apple will even sell its own modular expansions.

The modular design is also one reason that users of the iMac Pro -- the most recent successful top-of-the-line model from Apple -- might choose to upgrade. While the jump from iMac Pro to Mac Pro isn't a slam dunk right now, only the new Mac Pro can be upgraded bit by bit over the coming years, meaning the gap will only widen for those willing to tweak their units.

Apple's revamp of the Mac Pro is a promising move from the company. Apple has always pushed design boundaries, and sometimes its decisions have prompted outcry (remember the death of the headphone jack?). Sometimes unpopular decisions work out (as with the aforementioned headphone jack), and sometimes (as with the 2013 Mac Pro) the masses are right. This move shows that Apple is willing and able to recognize a real failure and correct its course.