Cronos Group (NASDAQ:CRON) is one of the more popular marijuana stocks, and for good reason. The Canadian cannabis producer has one of the strongest balance sheets in the industry. It also has intriguing growth prospects, which are likely to help Cronos become a much larger company in the years ahead.

Here are some key drivers that investors can expect to fuel Cronos Group's expansion over the next half decade. 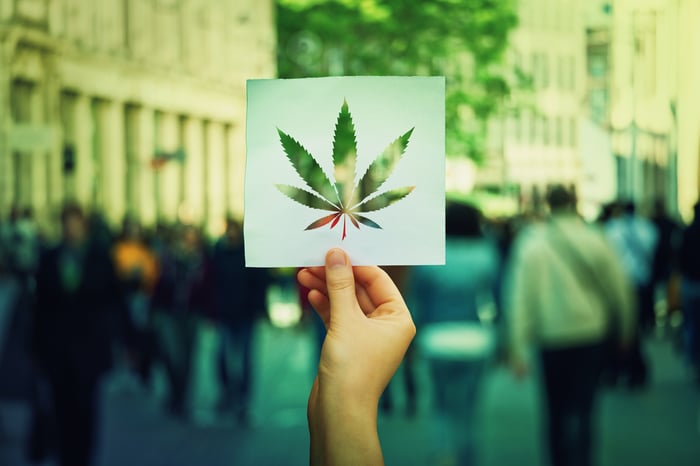 With Canada's legal marijuana market likely to become saturated in the next few years as supply begins to catch up to demand, international markets are set to become increasingly important parts of Cronos Group's business.

Cronos currently trails its rivals Aurora Cannabis and Canopy Growth in international sales by a significant margin. But Cronos is working to expand its operations outside of Canada. In May, Cronos opened a new research facility in Israel that will focus on developing cannabis-related devices. The cannabis company also has supply and distribution operations in Germany, Poland, and Australia. Investors can expect Cronos to enter many more international markets in the coming years.

Acquisitions are likely to play a key role in helping Cronos Group expand into international markets and other high-growth areas. Cronos has a massive war chest thanks to Altria's (NYSE:MO) $1.8 billion investment, which gave the tobacco titan a 45% stake in the marijuana producer. Cronos has begun to use some of this capital to expand its cannabis empire, such as its recent purchase of several of Redwood Holding Group's subsidiaries for $300 million.

The Redwood deal gives Cronos a greater presence in the rapidly growing cannabidiol (CBD) market, which could approach $24 billion by 2023, according to analysts at Brightfield Group. It also expands Cronos' product lineup in the U.S., where hemp-derived CBD is legal at the federal level thanks to the passage of the Farm Bill in 2018. Moreover, the product platforms and distribution channels that Cronos is acquiring through the Redwood and other deals could also position it to quickly gain share in the U.S. marijuana market -- which some analysts believe could reach $100 billion within a decade -- should the country move to legalize the drug in the future.

Cronos itself may be acquired

In return for its investment in Cronos, Altria also obtained a warrant that gives it the right to increase its stake in the cannabis company to 55%. If Altria decides to exercise this warrant, it would obtain a controlling share of Cronos, which would also make it easier to acquire the company outright.

Altria is struggling with declining smoking rates in the U.S. The tobacco giant thought it had a solution to its growth woes when it acquired a 35% stake in e-cigarette leader Juul for $12.8 billion last year. However, recent vaping-related deaths and surging teen e-cigarette usage have regulators threatening to ban sales of flavored e-cigarettes, a core part of Juul's business. There's even the possibility that Juul could fail to obtain regulatory approval for its products from the Food and Drug Administration, which might look to limit the e-cigarette industry's growth in light of the teen vaping epidemic.

With its e-cig ambitions potentially going up in smoke, cannabis is likely to become an even more important part of Altria's growth strategy. As such, the tobacco king may decide to purchase the portion of Cronos Group it doesn't already own in order to accelerate its plans to capture a larger share of the global cannabis market.