What investor doesn't love a stock that delivers market-beating returns, especially one that does it over the long term, regardless of the economy?

After nearly a decade of doing just that, NVIDIA (NASDAQ:NVDA) has gone sideways on investors in the last year or so. While many have bailed on the pioneer in graphics processing units (GPUs), bidding adieu at this point would be a mistake.

NVIDIA grew into a more than $100 billion enterprise by finding new uses for its video gaming GPU technology in areas like data centers and the automotive segment, and that spirit of innovation is still alive and well. That may be most evident in its auto segment, which has been on a tear in the last few quarters. There is reason to believe that will continue because of the optionality -- or growing number of new uses -- that its GPU development is opening up. 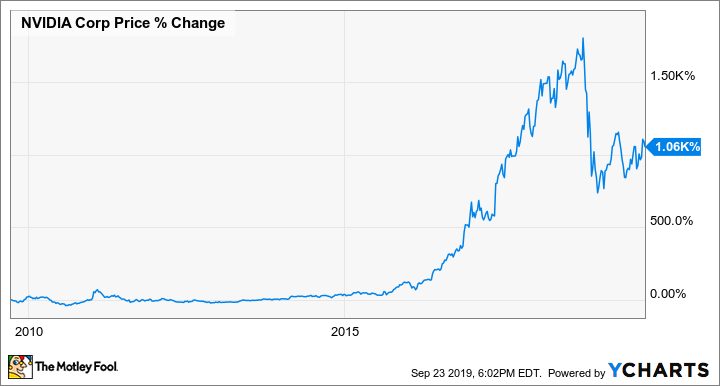 The evolution of autos -- and the auto segment

Technology is reshaping the auto industry. What was once just a simple digital display and infotainment system has turned into full-blown onboard computers powering advanced driver assist systems (ADAS), sensors, and connectivity. In fact, when some think of the future of driving, images of a fully autonomous vehicle transporting an unengaged passenger are the first things that come to mind.

While that may be true -- eventually -- there's a lot of work to be done between now and then. NVIDIA has been part of the journey so far and plans to be for the foreseeable future. Once upon a time, the company made GPUs to power in-car digital displays, but has since forged ahead and now preoccupies itself with designing full-on vehicle computer systems. Its DRIVE platform combines hardware and software to run various functions of the vehicle itself, as well as the DRIVE Constellation data-center-based simulator to test an autonomous driving system before putting it on the road.

Volvo is the most recent automaker to become an end-to-end user of the DRIVE platform, with Toyota being the other as of this writing. Before imagination runs away from the topic at hand, though, the Volvo deal is not about bringing a fully self-driving car to market in the near future. Rather, the press release announcing the deal says Volvo will be using NVIDIA's artificial-intelligence (AI) powered platform to test applications like freight transport, garbage and recycling collection, public transport, construction and mining, and forestry.

In a recent conversation I had with Danny Shapiro, NVIDIA's senior director of automotive, I learned that this is the immediate future for the autonomous vehicle industry. Mass adoption is still a long way off, but vehicle autonomy will find its way into industrial applications far sooner. The world is in need of safe infrastructure and has a shortage of support personnel like truck drivers, and automation is quickly becoming one of the tools to address that shortage. Self-driving trucks and heavy machinery -- especially in less busy areas like in warehouses and remote job sites -- have already arrived and will grow in prevalence. 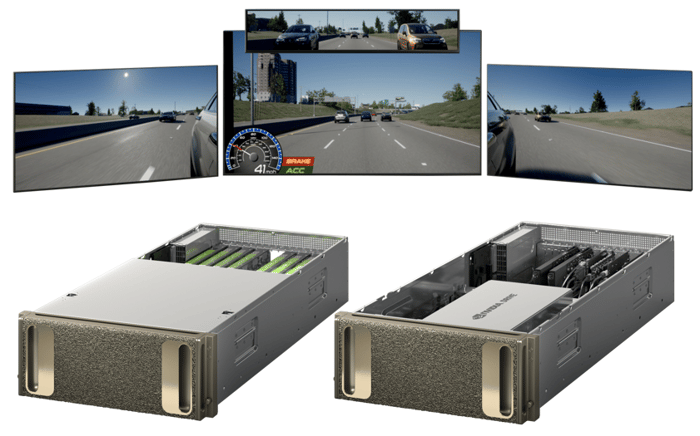 Optionality is a big deal

Volvo is just the latest partner, and more deals like it are forthcoming. These auto deals tend to be long-term partnerships for NVIDIA, providing years of engineering, production, and support sales. Thus, recent strength in the auto segment could be just getting rolling.

For us financial folks, we like charts that simplify and organize a business into just a few components. It's important to understand that there's more to the story, though. The auto segment will also fuel DRIVE Constellation, with sales of the autonomy simulator rolled up in the data center business (which has struggled the last couple of quarters).

Besides cross-segment selling opportunities, DRIVE goes beyond just the auto industry. Shapiro talked about all NVIDIA's other business units that are using the AI tech developed from the self-driving car platform. AI is the basis for things like the new EGX edge networking division, speeding up computing power and bringing it closer to the source of data creation. Then there's the Jetson robotics and internet-of-things division, using AI for object detection, classification, and decision processing for things without wheels and machines far smaller than a car.

Shapiro said his company's work on AI is leading to a far wider array of uses beyond transportation. For example, the AI involved in identifying a pedestrian isn't so different from a system used to identify what's a cancer cell and what's not. A driving system could also be used in robotics at factories, for automating post-manufacture inspection, or by a retailer wanting to analyze foot traffic at a store to increase efficiency and optimize shelf utilization. Just as pioneering the GPU in the 1990s has led to half of NVIDIA's revenue coming from outside the video game industry, its work on its DRIVE autonomous vehicle platform is leading to new business beyond the original scope of its work.

It hasn't been the smoothest ride in the last year or so, but bumps in the road inevitably come up for all businesses. Nevertheless, the kind of business optionality NVIDIA is getting from its self-driving vehicle work will be a powerful tool to help it grow in the decade ahead as AI-based solutions start to take off.